The Trouble with Travel Sports

The Trouble with Travel Sports 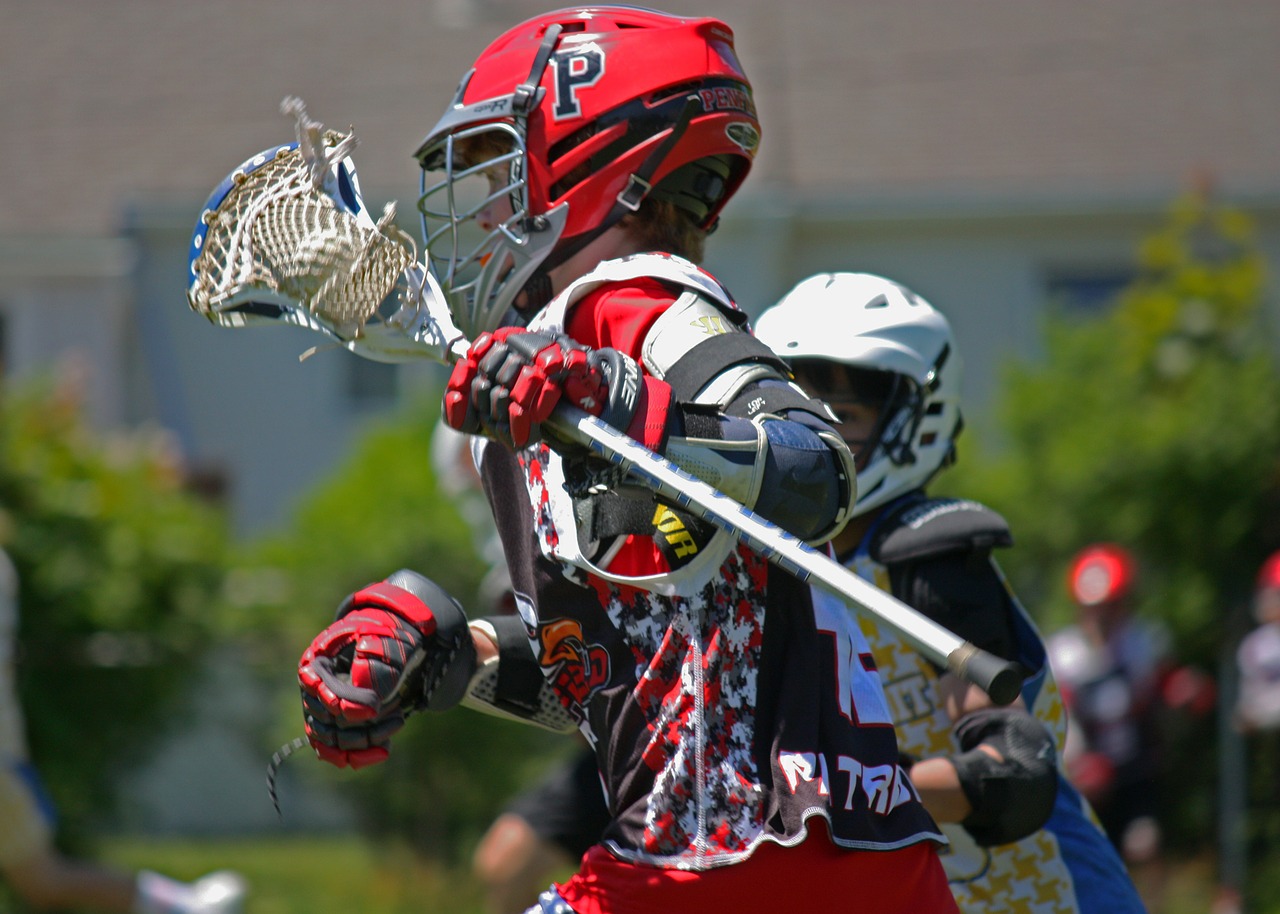 Tom Brady, quarterback of the New England Patriots made some interesting comments about youth travel leagues. This has created some debate among my friends, but I wonder what the next generation thinks.

Tom Brady: “Youth sports, and what I remember from being in youth sports, everything was really localized. There were no travel teams. My parents always exposed us to different things, different sports. It was basketball when it was basketball season. It was baseball when it was baseball season. I didn’t play football until I was a freshman in high school. A lot of soccer. There were some camps, but I just played in the neighborhood in our street with all the kids we grew up with. It’s just different now, and I’m experiencing it with my own kids with all the organized activities that you put them in. It’s just hard, because all the parents are doing it, it seems, and the competition feels like it starts so early for these kids.”

Old School: In one generation, youth sports has changed dramatically. I want to paint my childhood experience (k-8th grade). On the bus ride home from school each day, we would vote on the sport we were going to play that day and at whose house we would play. We played all kinds of sports – football, basketball, baseball, kickball, tennis, hockey. We loved it. It was fun, competitive and free. We made our own rules and settled our own disputes.

When we played organized sports, it was Saturday morning basketball or soccer or maybe a Tuesday afternoon baseball league. We never traveled more than 30 miles to play another local team. The thought of specializing in one sport, even in high school, did not exist. Many of my friends lettered in three sports in a high school career.

New School: Fast Forward 30 years. My 4 girls (ages 6, 6, 7 & 9) want to organize a soccer game in the backyard. I tell them to go house to house to get kids to play. They come back a half hour later and tell me that all the neighbor kids are at soccer practice. Another similar event occurs. I call up friends to play a round of golf and many are out of town following their middle school kid to sports tournaments.

So, why does this all matter? And, what does it have to do with character? Let me be clear. Youth travel sports is not leading to the downfall of society. I’m just amazed at the major shifts that happen in one generation that we just accept as if we don’t have a choice.  I think we should understand how a shift like this can impact our culture, families and the next generation. Here is how I believe the new approach to youth sports is negatively affecting us:

10. New School Approach helps build awesome sports culture, but is not healthy for families. Having a travel soccer league or baseball league in middle school helps build a powerhouse program in high school. Not only are kids playing the sport more often, they are playing it against greater talent at tournaments 100-500 miles away from home. My argument though is that travel leagues are not healthy for families. Here’s why:

9. The Tail is Wagging the Dog: It makes the family revolve around the child’s sport. Parents are traveling multiple weekends to different towns just to watch their 13 year old play a sport. If they have more than one child, one parent is staying home with the other children while the other parent is traveling with the athlete. Some families have one parent/child headed 100 miles north for a tournament while the other parent/child is headed 100 miles south. I argue that overall, this is not a positive for families.

8. Financial Obligation: Ask these travel parents about the costs involved. There’s hotel rooms, food, and fees to play in these organized tournaments. Week after week. My mailman once told me that he spent over $10,000 taking his daughter to soccer tournaments over a 3 year period. He and I surmised that if he had put that money into a 529 College Saving Plan, her college would be more than paid for. Like he said, they do have soccer teams in the next town over.  We laughed, but he was serious.

7. Too Much Focus: In any given high school, probably 2-4 players will get a Division 1 or 2 college scholarship for athletics (we had one in our graduating class and he never played in a single travel league). That means for the other hundreds of student-athletes, sports is about having fun, making friends, learning to be a good teammate, competing and building character. Yet, today kids are giving a year-round commitment or traveling 10+ weekends a year to play in tournaments. I believe this commitment is out of whack. Kids need to be kids. Kids need down-time. Kids need to be well-rounded. Imagine if this kind of commitment was put toward starting a small business, learning marketing or understanding the stock market… just sayin’.

6. Creativity and Spontaneity: Think about it, when I was in grade school, we decided what sport to play… we decided the rules… we settled our own disputes. Today adults organize all aspects of sports. They decide what sports are played and when, the starting lineups, the rules, the penalties… heck, if someone gets mad at a teammate, an adult is there to moderate the whole thing. So much is lost with this new system and the kids don’t even realize it.

5. The Effect on Parents: If I would have asked my Dad to take me on 5 weekends in a row to go to 5 different cities for sporting events, he would have smiled and asked two questions, “how are you going to get there and how are you going to raise the money.” I think today’s parents would feel guilty saying, let along thinking something like that. I hope that parents today can feel comfortable sometimes saying, “Your mom and I will not be at your 6th grade basketball game today. Bill’s dad will be taking you. Instead, we are going out on a date. Have fun and good luck today.” There seems to be an unwritten rule for parents that says the more time you spend watching your kids play sports, the better parent you are. I argue that good parenting has more to do with the amount of time you spend doing things together as a family, not watching.

4. Valuing Excellence over Participation: Mark Hyman, a professor of sports management at George Washington University, said youth sports today look nothing like they used to. “The adults have won,” Hyman said. “If we wiped the slate clean and reinvented youth sports from scratch by putting the physical and emotional needs of kids first, nothing would be recognizable.” The problem, he said, is that, “We no longer value participation. We value excellence.” The kids do not. Amanda Visek, another professor at George Washington, surveyed 150 children about what makes sports fun for them. The kids listed 81 different factors that made them happy playing sports. Winning ranked 48th.

3. Too much competition at an early age: This is not just about sports. There are kids in kindergarten competing to get into “the right” elementary school. Elementary kids are competing to get into the right middle or high school. Kids are taking high-stakes tests more frequently today. The pressure is on kids today like it never has been before. Now, with the new model, we are saying to a child, “Play now, play on this travel league, play year-round” or you will not really have a chance to play this sport in high school. Maybe, it’s just me, but that doesn’t sound like the childhood I would want for myself, so why would I want it for my kids?

2. Burnout Factor: Brady eluded to this in his statements, “I hope my kids are late bloomers in whatever they do. As they get older or if they feel like they’ve been in something for so long and it’s been hyper-intense and hyper-focused for so long, I think that can wear out a young individual, a young teenager.” I was talking to a coach last weekend who told me about kids who were offered scholarships to play in college, but turned them down because they were “tired” of soccer and didn’t want their entire college career run by a sport that would never be a career.

1. Bottom line: I feel youth sports (k-8) should be introductory, fun, teach competition and build character. Pressure to join teams, travel teams, year-round teams should not be a part of the equation. I argue it takes away from time spent as a family, costs way too much money, is incommensurate with creating a well-rounded individual and puts undue pressure on a young child. Like Eddie Money (singer from the 80’s) sang, “I want to go back.”

After reading the comments from Tom Brady and me, what is your opinion about the modern day approach to youth sports? What changes would you make?