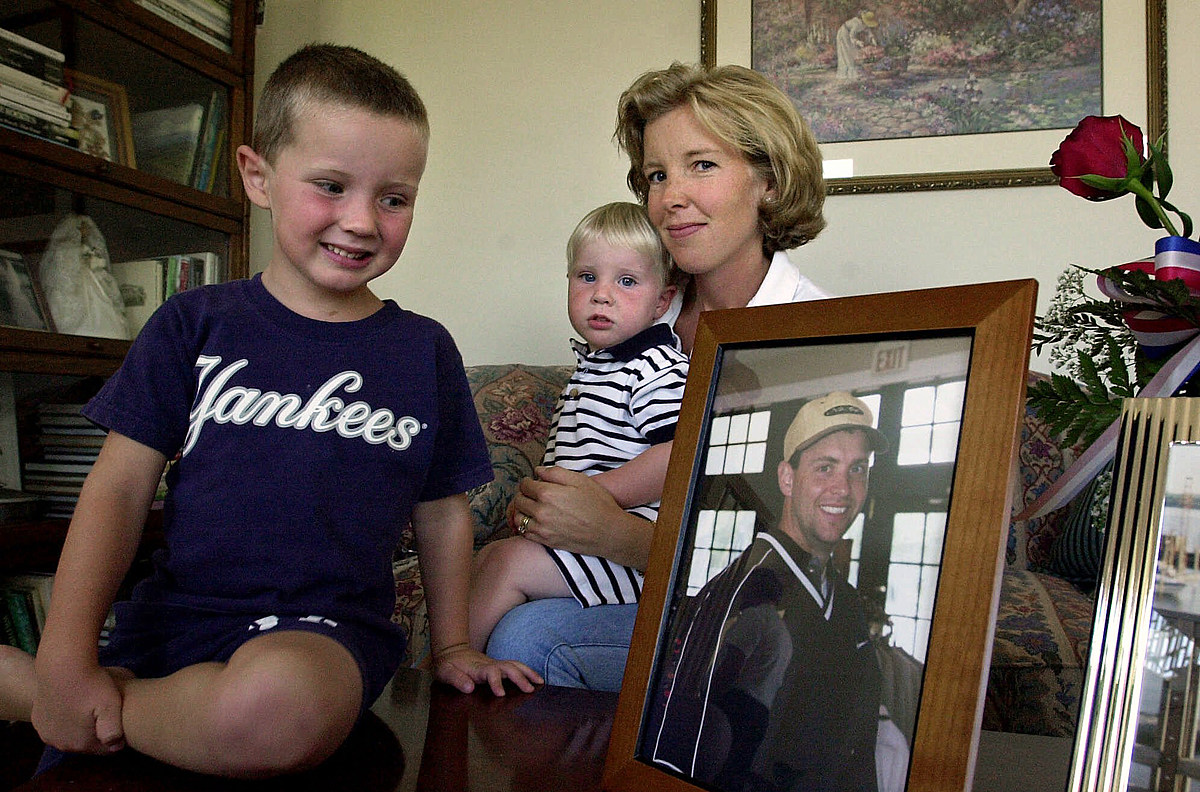 “He wouldn’t sit back and allow something like this to happen to other people and to himself. He was a competitor and he would have fought it.”

Less than 2% of high school athletes receive collegiate athletic scholarships. Of those who play in college, only a select 1% make it to the professional level. Yet, millions of kids play youth sports. The main reason is that, as a culture, we believe sports teach valuable life lessons that translate off the field and down the road. Sports naturally builds traits like confidence, courage, good-judgment, leadership and teamwork. This story demonstrates the power of such lessons.

Todd Beamer was born on November 24, 1968, in Flint, Michigan. He was the middle child, sandwiched between two sisters. He loved sports and played them all. He eventually settled on baseball, basketball and soccer in high school. He later served as the captain of his baseball team at Wheaton College, just outside of Chicago. He was described as the “go-to” guy, a “gamer.” and a “thinking” athlete. Todd was much more than just a great athlete. He was a master motivator and a genuine leader.

When competitive sports ended for Todd, business was the next step. He completed his MBA at DePaul University in 1993, married his college sweetheart, Lisa, took a job at Oracle Corporation, and quickly began to advance up the corporate ladder. Todd and Lisa had two boys, David and Drew. God was a cornerstone of their life as Todd and Lisa taught Sunday School and became mentors at their Wednesday-night youth program. In 2001, Todd set a goal of taking his two sons to every major league baseball stadium, successfully taking them to see Shea Stadium, Yankee Stadium and Oriole Park. They were off to a good start.

Due to Todd’s busy career, he often flew cross-country and back within 24 hours for important meetings. September 11th, 2001 was no exception. So, on that Tuesday morning, Todd woke up early, showered and kissed his wife goodbye on her forehead as she slept. Running a bit late, Todd quickly checked in at counter A-17 at Newark International Airport. He took his seat in row 10 and proceeded to make business calls. The 8 a.m. flight pushed the gate at 8:01, but was held up for some 40 minutes on the tarmac. This proved to be no worries for Todd because this allowed him more time to prepare for his 1 p.m. meeting in San Francisco. Joining him on United Flight 93 were 36 passengers. Soon, many of them would become teammates — and a few would become opponents of the very worst kind.

Unbeknownst to Todd and the rest of America, a terrorist plot had been hatched many months before to take place on this very morning. Four of the passengers on Todd’s flight were part of a grand scheme to hijack four planes and crash them into iconic American buildings. This dastardly scheme was, unfortunately, working to perfection. At 8:48 AM, American Airlines Flight 11 blasted into one of the two majestic “Twin Towers” of New York City’s World Trade Center. The immediate speculation was that this was an accident. However, at 9:03 AM, United Flight 175 smashed into the second tower. It immediately became very clear:  America was under attack.

Within minutes, air traffic controllers warned every pilot currently in the air: “Beware of cockpit intrusion.” Todd’s Flight 93 radioed back, “Confirmed.” However, at 9:28 AM, screams could be heard on its open microphone, followed by one of the pilots yelling, “Get out of here!” The plane began to plunge, twist and bob. The next voices heard from the cockpit came from middle-eastern men speaking Arabic. The terrorists had killed the pilots and made a U-turn, presumably to Washington DC, with the intent to take out the White House or the Capitol Building. “Ladies and gentlemen, it’s the Captain,” said one of the terrorists with a heavy accent. “Please sit down. We have a bomb aboard.”

Todd and the rest of the passengers up front were herded to the back of the plane by two of the terrorists. It was in this location that Todd would meet several fellow passengers who now would become his teammates in the first battle of what President Bush later would call, “The War on Terror.”

Up until this precise moment, the protocol of any hijacking situation consisted of cooperating with the terrorists. Attendants and passengers were to follow the hijackers’ directions and allow the FBI to negotiate a safe outcome. However, on September 11, 2001, on Flight 93 the script flipped.

For some unknown reason — perhaps overconfidence — the terrorists allowed the passengers to make phone calls. Over two dozen outgoing phone calls were made from United Flight 93 in this short span of time. Many called loved ones to say “I love you” and “Goodbye.” In the course of these final conversations, their family members relayed what they were learning on television. Thus, the passengers learned about the Twin Towers being hit by commercial airplanes. They also learned of a 3rd plane, American Airlines Flight 77, that flew into the Pentagon Building. Shortly thereafter the passengers discussed the options and voted on the best course of action. At 9:45 Tom Burnett declared the outcome of this vote to his wife:

“If they are going to run this plane into the ground, we’re going to do something.”

Instead of calling his wife who was five months pregnant, Todd elected to call the United Airlines Customer Care Center. He spoke with supervisor, Lisa Jefferson for over fifteen minutes. He relayed the situation, gathered information and discussed their plan: Flight attendants would fill coffee pots with hot water and several passengers would storm the cockpit with makeshift weapons and regain control of the plane. Towards the end of this conversation, Todd asked Lisa to recite the Lord’s prayer with him and promise to tell his family how much he loved them. He then took a deep breath and asked his teammates,

The last report we have came from passenger Elizabeth Wainio, who was on the phone with her stepmother when the attack began. “They’re breaking into the cockpit. I love you. Good-bye.” Within seconds, at 10:03 a.m., United Flight 93, crashed into a field near Shanksville, Pennsylvania. They were less than fifteen minutes from Washington, DC, the most likely target.

The plane and all its passengers disintegrated on contact. Although they could not save their own lives, they undoubtedly saved many of their fellow Americans that day. “They were all heroes,” lamented Supervisor Lisa Richardson. “They all pitched in and did what needed to be done.” 2,992 people were murdered on September 11, 2001. The reason the loss of life was not greater is due to the men and women on United Flight 93.

In the most stressful situation imaginable, these complete strangers quickly formed a bond, collected vital information, developed a plan, and executed it to the best of their ability. Of the 33 passengers on the plane, these four former athletes stepped up to lead. They used good-judgment, courage and initiative. They acted as a team and worked together towards a heroic goal. These traits were learned thru playing sports and remained throughout their lives. To commemorate their memory, Todd Beamer, Jeremy Glick, Tom Burnett and Mark Bingham were posthumously awarded the 2002 Arthur Ashe Courage Award.

Todd Beamer is one of the 144 “Wednesday Role Models” featured in the Student Athlete Program. This program is designed to improve the character, leadership and sportsmanship of high school athletes. To learn more about this program and how you can implement it in your school: