Tom Brady is Guilty: So What?

Tom Brady is Guilty: So What? 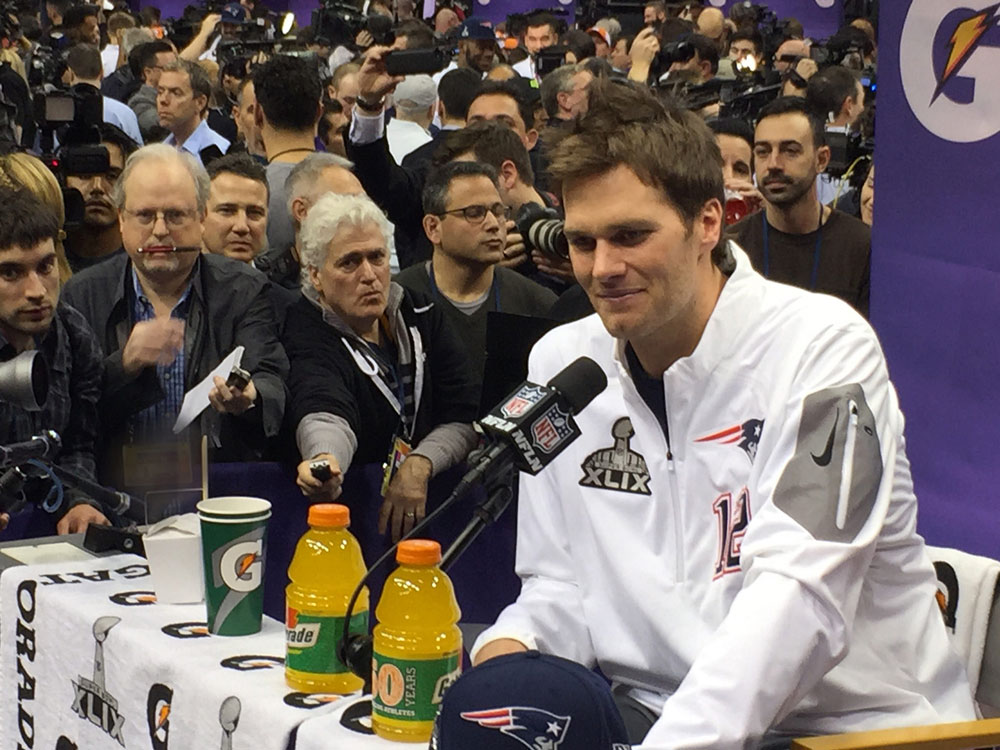 For those of you non-sports fans, Tom Brady, quarterback of the Superbowl Champion New England Patriots, was accused of leading a conspiracy to deflate footballs to unacceptable levels prior to the AFC Championship Game. For the sake of this blog, I am going to agree with the 242 report (yes I read it) provided by independent council that fully investigated what is now referred to as “deflategate.” Each team is allowed to provide 12 game balls to be used when their offense is on the field. Each ball is required to be inflated to 12.5 – 13.5 lbs. Prior to the game, all balls are verified by officials. However, during the AFC Championship game last year, all 12 balls of the Patriot footballs were under-inflated. The report concludes that Patriot personnel “more likely than not” deflated the balls prior to kickoff and that this was intentional and orchestrated by quarterback, Tom Brady. Here is their evidence:

Joe’s Perspective: Tom Brady knowingly altered the gameday footballs and created a competitive advantage (period). Brady cheated (period). What Brady did was against the rules and unethical (period).  That should be enough, right? Ethics, fairness and rules do matter, right? Tom Brady is guilty as charged. My question to you is, so what? On a scale of 1-10, how big a deal is it to take 1 lb. out of a football. He didn’t break any laws and it is difficult to decide an appropriate punishment. So, I leave it to you students to debate.

The Penalty: The NFL decided to suspend Brady for 4 games at the beginning of next season and fined the Patriots  $1 million and took away 2 future draft picks.

Con Argument: The final score of the AFC Championship Game that day was 45-7. The Patriots would have won the game if Brady was throwing grapefruits. 1 lb. in a football didn’t make any difference at all. On a scale of 1-10, this is about a 1 on the big deal scale. What are you going to do, take away the Superbowl trophy and penalize the entire team? That’s not fair.  The punishment fit the crime in this case.

Pro Argument: We know Brady directed this operation to cheat. It might not have mattered this week, but in the divisional playoff game the week before, the Patriots narrowly defeated the Baltimore Ravens 35-31. They also won 12 games that year in the regular season to “earn” a first-round bye and home field advantage in the playoffs.  This set them up to get to the Superbowl and ultimately win it. If he cheated in one game, how many other games did he cheat and how big a difference did it make?

If an Olympic athlete is found guilty of using a substance to create a competitive advantage, that athlete is stripped of any medals and sometimes banned from the sport for years or life. And, Tom Brady and New England Patriots are given a slap on the wrist and allowed to keep the Superbowl trophy. This isn’t fair to the players on the other teams who played by the rules.

1) Is it enough to say Tom Brady deliberately cheated (right/wrong) or is it better to ask the question, “On a Scale of 1-10, how big a deal is his cheating?”

2) What do you believe the punishment should be for Tom Brady? for the New England Patriots?

3) Does this story and other like it make you more or less likely to cheat on the playing field or in the classroom? Why?