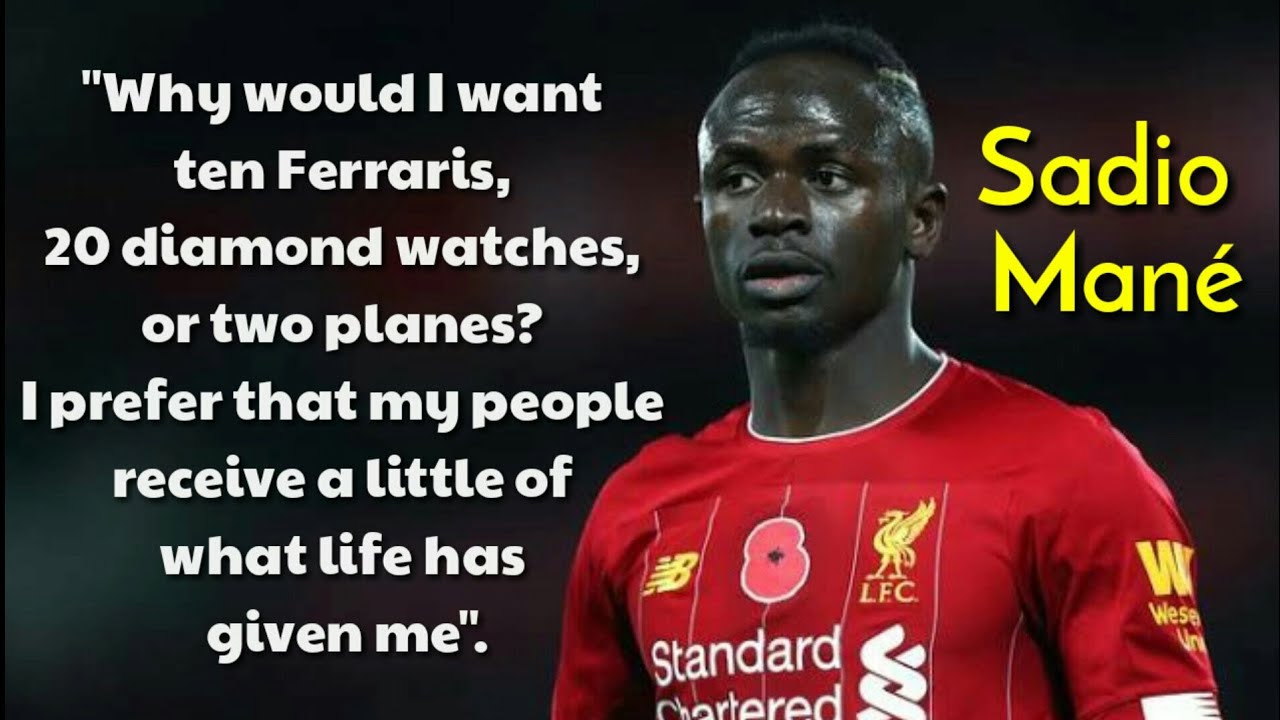 Sadio Mane was born in Senegal, a small country in Africa. His upbringing was rough. His father died when he was 7.  Sadio never owned a pair of shoes as a child or went to school. He spent most of his days working long hours in the field to put food on the table for his family.  When he was 15, he escaped his little village and moved to the capital city of Dakar. When playing soccer there, he was discovered by a pro scout who gave him a chance to play professionally. Nearly a decade later, he makes $10 million a year playing for a professional team in Liverpool, England.

When most Americans earn that kind of money, they typically buy two cars, a big house and spend lavishly. Sadio doesn’t fall into that mold. He lives modestly and sends most of his money back to his native country to help those who struggled like he did. He builds schools, hospitals, religious buildings and athletic fields. The following is a statement he made to the press.

“Now I can help people. I prefer to build schools and give poor people food or clothing. I have built schools and a stadium; we provide clothes, shoes, and food for people in extreme poverty. In addition, I give 70 euros per month to all people from a very poor Senegalese region in order to contribute to their family economy. I do not need to display luxury cars, luxury homes, trips, and even planes. I prefer that my people receive a little of what life has given me.”

Joe’s Perspective: Sadio knows real poverty and hardship. Now that he is a successful athlete, he doesn’t want anyone in his hometown to experience the type of hardship that he felt. In fact, he gives every family in his hometown money every time he gets paid. Pros in America give back, but many do it to look good or to receive tax credits. Sadio gives away almost all of his money. He does it for the right reasons. His actions are admirable.

Your task this week in the app is to provide at least one random act of kindness. Please don’t just do it because we suggested it. Do it because it is the right thing to do. Help others. Give back. Go out of your way to make someone else’s day.

Your Turn: After reading this blog and watching this video, what are your thoughts about Sadio?