Two Heroes Save a Man’s Life

Two Heroes Save a Man’s Life 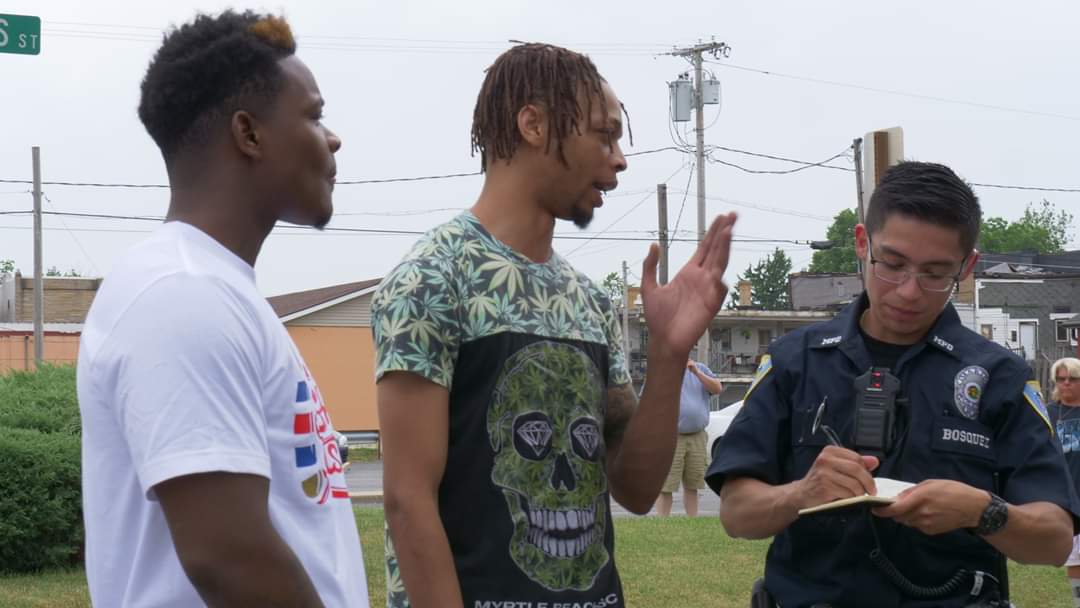 Marcus Harvey and Tre Jones were hanging out together on a Sunday afternoon in 2020. That’s when they smelled smoke. They followed the smoke to a house on South Adams street in Marion, Indiana. When they arrived a small crowd of people had gathered in front of the house. They were just standing there. Some were even filming it on their cell phones. Someone said they could hear a man inside. Marcus and Tre heard the man too.

Marcus and Tre did not hesitate. They kicked down the door. When they did, all they could see was smoke. They began to crawl toward the man making the noise. “When I heard his voice screaming, I just felt like I knew I could get him out,” said Tre. “I didn’t know how far he was in the house. I knew I was in a better position than he was.” They crawled until they found him. The two carried him out and saved his life. The man inside had fallen asleep when he was cooking something on the stove. The grease caught fire and spread throughout the house.

Joe’s Perspective: I can’t believe that some people would stand outside a burning house with a man yelling for help from inside. What is wrong with humanity? Even if you don’t feel like you have the courage to go in and risk your life, at least put down the cell phone and get a hose. Do something. Lucky for this man, Marcus and Tre came along. They had the courage to do something. They risked their own lives to save a stranger. They are heroes. These young men should be celebrated. While pop culture and the media continue to pay attention to meaningless stories, this story gets overlooked. No one knows these two guys or know what they did. Until today, you probably had never heard this story. That, to me, is the shame. I am proud to tell this story and to hold them up as heroes! Thank you Marcus Harvey and Tre Jones for your courage and your heroism.

Your Turn: What lessons do we learn from this story?