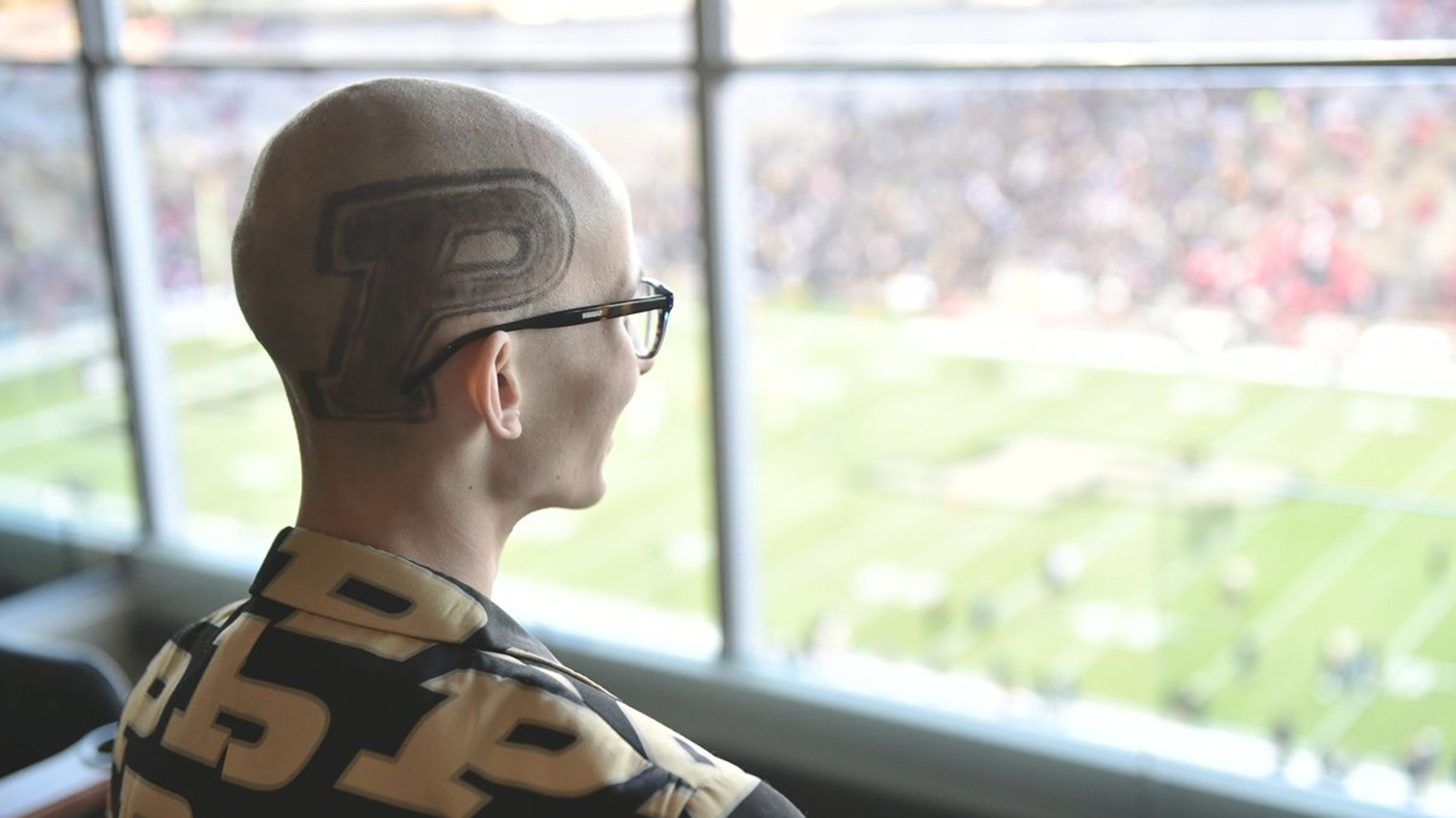 It’s the stuff that movies are made of. Tyler Trent is a 20-year-old former student at Purdue University. Former, because he was not well enough to return for his sophomore year. You see, Tyler has a rare form of bone cancer and now his diagnosis is terminal. Tyler is in hospice care and there are no more miracles. Chances are he will not be alive in a few weeks. Tyler has accepted this reality, as has his mother and his father. The surprising part is that Tyler is still alive at all.

What keeps Tyler going is the Purdue football team. When Tyler was a freshman, he camped out to get tickets to the Michigan game. In fact, he was the first one in line. Newly hired head coach, Jeff Brohm, walked through the line, and met Trent. When the young coach heard Tyler’s story, he basically adopted him. Tyler was invited to games. Tyler served as an honorary captain. When Tyler was too sick to attend school, members of the football team came to his house. They laughed with Tyler, they cried with Tyler and they prayed with Tyler. It continues to be a special relationship.

Tyler’s stated goal was to attend the Ohio State game.  Tyler’s mother referred to the trip as Tyler’s farewell trip to campus – that last time. He was greeted with “Tyler Strong” and “Cancer Sucks” signs throughout the crowd. ESPN interviewed Tyler before and during the game. At each juncture, Tyler predicted that his Boilermakers would upset the #2 ranked Buckeyes.  Well, just as Tyler found a way to make it to the game, Purdue found a way to crush Ohio State, 49-20.

Joe’s Perspective – true inspiration: It seems that Tyler was inspired to stay alive so he could attend this last game. It also seems like the Purdue team was inspired by the example set by Tyler. After the team beat Nebraska, members visited Tyler at his house and gave him the game ball. Quarterback, David Blough said, We just wanted to be there to lift him up and encourage him. He does that ten-fold for us.” Like I said, this is the stuff that movies are made of.

I think this story reinforces the truism that we can all be inspired.  You, me, athletes and yes, even terminal cancer patients benefit from inspiration.

Your Turn: After this story, what are your thoughts and reactions?