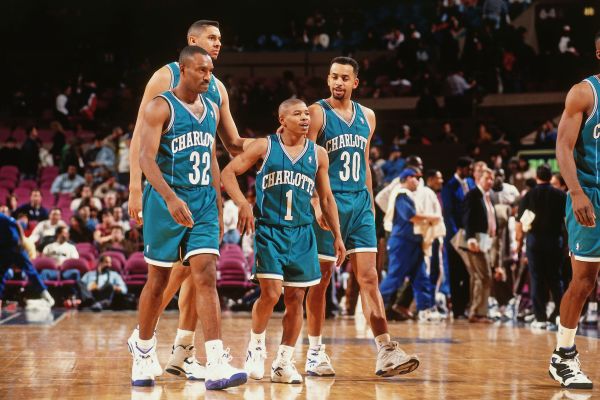 It was June 22, 1987. The NBA draft was underway. NBA commissioner David Stern stood at the podium and announced the next pick: “With the 12th pick, the Washington Bullets select Tyrone Bogues from Wake Forest University.” The crowd erupted. They recognized that, at 5’ 3’’ tall, Bogues would soon become the shortest person to ever play in the NBA. The commentators of the draft immediately called it an “obscure pick” and began debating about whether Bogues would even make the team. But Bogues was accustomed to having people doubt him. People had been doubting him his entire life.

The deck was stacked against Bogues from the day he was born. He had all of the hard-knock reasons not to make it in this world. He grew up in the Lafayette Court housing project in a rough section of Baltimore, Maryland. Early in his life, his father was arrested and sentenced to 20 years in prison. This left his mother to raise him and his three siblings. Money was always tight.

“Growing up in the ghetto was often terrible. Inner-city life is harsh,” Bogues said. “I can’t lie about that. Life for us was never easy.”

Growing up Bogues was surrounded by crime, drugs, gangs, prostitution, and poverty. He constantly had to deal with cockroaches and rats. He saw one person beaten to death with a baseball bat and another person killed by gunfire on the basketball court. At the age of five, he was shot outside a convenience store right across the street from his apartment.

At the same time, Bogues acknowledges that the ghetto made him “hard.” It had made him hungry. It had given him the determination to persevere over any obstacle that life could throw at him. As his sister, Sherron, commented, “He was the type of kid that you couldn’t tell him no. He was always determined that he was going to be whatever he wanted to be.”

One day on the playground, he was being his usual pesky self and creating havoc on the basketball court. An older kid from the neighborhood watched closely and said, “He’s mugging everyone, stealing the ball, hanging with the boys, leading his gang… he’s Muggsy.” The name stuck. For the rest of his life, literally everyone (besides his mother) called him by his nickname, Muggsy. Even some of his teammates on his NBA teams didn’t know that his given name was Tyrone.

Muggsy has one of the most unique high school basketball stories ever told. He was the point guard at Dunbar High School. During his junior year and senior year, his team was a combined 59-0. They won two national championships. He had four future NBA players on his team during his junior year. One future NBA first-round pick (Reggie Lewis) didn’t even start on this talented high school team. If you search for the “greatest high school basketball team of all time” on Google, his Dunbar team of 1983 is still on the top of this list. Although one of those players (Reggie Williams) was the number one college prospect in the country, Muggsy Bogues was voted the team MVP. “Tyrone made those teams go,” remarked Dunbar head coach, Bob Wade. “He set up the offense and controlled the defense. He was the playmaker.”

Still at 5’ 3’’, many colleges backed away from offering Muggsy a scholarship. Wake Forest University, however, was willing to take a chance. Like always, Muggsy had a lot of detractors. TV analyst Billy Packer said, “One of my all-time greatest mistakes in terms of judgment was Muggsy Bogues. When Wake Forest signed this guy, I thought, ‘How stupid can you be? What a waste of a scholarship.’”

And, just like always, Bogues had to prove himself all over again. “I wanted to prove these people wrong,” Muggsy said. “I wanted to prove that, hey, I really could play.” He was the spark plug that made his team go. He harassed opposing teams for four long years. Basketball enthusiasts often first tuned in for the novelty of watching a little guy play, but they returned to watch a master at work. By the time he graduated Muggsy had set the all-time assists (781) and steals (275) record for the Atlantic Coast Conference. He also had become a legitimate scorer. Muggsy averaged 14.8 points a game during his senior year.

Perhaps the most flattering award Muggsy received was being named the “Most Respected Player” in the ACC during his senior year. This was an award voted on by all the coaches. One of the opposing coaches, Maryland’s Lefty Driesell said, “I know better than to try to bring it up against Muggsy. He’d steal the ball from Houdini.” Dean Smith, coach of North Carolina, once said, “If you don’t see Muggsy, he’s about to steal the ball.” Muggsy’s number 14 was retired before his final home game. When they raised his jersey to the rafters, the crowd knew they would never see another player quite like Muggsy.

As you might guess, if scouts doubted his abilities in high school, and again in college, they would most certainly doubt his ability to play in the NBA. After all, this was the land of giants where people like Kareem Abdul Jabbar, David Robinson and Shaquille O’Neal roamed. How could this little guy do much in the pros? Little did they know that his NBA career would last 14 years. His ten best years were spent with the Charlotte Hornets.

As superstar teammate, Larry Johnson said, “It all starts with Muggsy. He sets the tone for everything. He is the spark plug. How many times I gotta tell y’all this?”

It’s true that Muggsy was never an all-star. He never led a team to the NBA championship. But, don’t be fooled. He was so much fun to watch on the court. Opposing teams had to develop a game plan for the ever-harassing Muggsy Bogues. He was quicker than anyone out there. He led a fast break as easily as you and I eat breakfast. To see him steal the ball from Michael Jordan or block the shot of 7’ 2’’ Patrick Ewing was like watching Mozart compose music or Rembrandt paint. There was no one like him before and no one has come along since his retirement in 2001.

The legacy left by Tyrone Muggsy Bogues is laid out in his own words:

“Everyone encounters a lot of negativity through life, but my life proves that anyone can overcome that negativity. You can do anything you want to do in life, if you have a fierce belief in yourself, a strong will, a big heart, and some role models to inspire you.” Tyrone Muggsy Bogues has truly exemplified the meaning of “perseverance.”

Tyrone “Muggsy” Bogues is one of the 144 “Wednesday Role Models” featured in the Student Athlete Program. This program is designed to improve the character, leadership and sportsmanship of high school athletes. To learn more about this program and how you can implement it in your school: