U.S. Veteran Finds The Proper Motivation to Finish The Race

U.S. Veteran Finds The Proper Motivation to Finish The Race 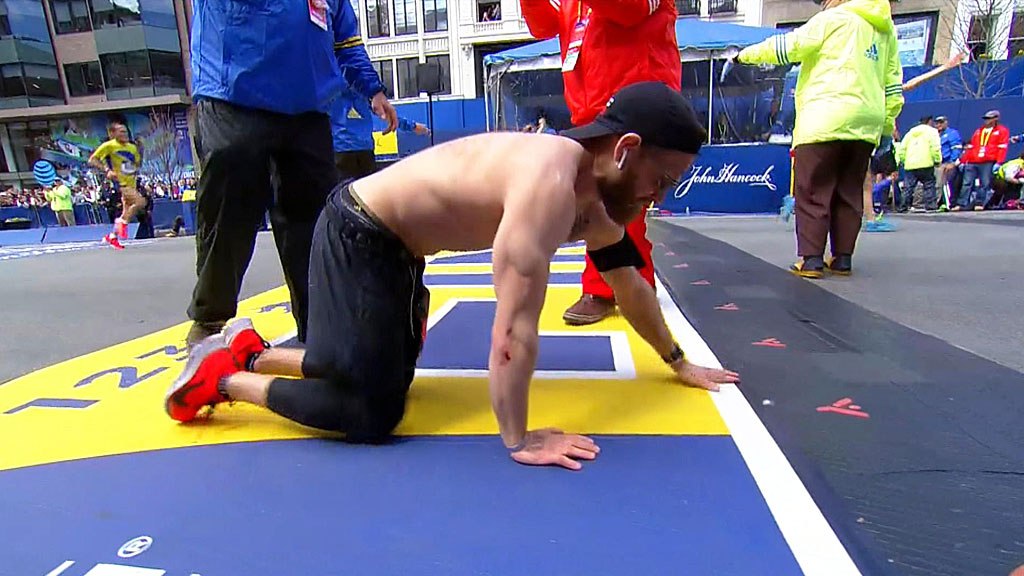 Every day in this country about twenty two U.S. veterans commit suicide.

Many of these veterans suffer from PTSD and Survivor’s Guilt. Micah Herndon  is one of those veterans. As a marine, Herndon was on patrol in Afghanistan when An I.E.D. exploded underneath his vehicle. Herndon survived, but three of his fellow comrades did not.

Herndon decided to channel PTSD into something positive. This something positive is running. Herndon ran his third marathon last week. He was running well too. However, when he reached the 20 mile mark, his right leg gave out. When he hit mile mark 22, his left leg gave out. Like a solider, he continued on. With the finish line in sight, Herndon’s legs simply could not take another step. He hit his knees and began crawling. He finished that way, crawling across the finish line. It took him 33 minutes to complete the last mile.

One might ask, why would one person go through this turmoil? Why not just quit? The answer for Herndon is simple. The answer is fellow Marines Mark Juarez and Matthew Ballard, and British journalist Rupert Hamer. He said their names over and over throughout the marathon. These are the men who died in his vehicle when that I.E.D. exploded.

“I couldn’t lift my legs up anymore. They couldn’t move forward,” Herndon said. “I wasn’t just going to sit there and let people carry me and quit. Not through the toughest times of that race did quitting enter my mind. I started the race by myself; I was going to finish it by myself.” Herndon knew that the pain he felt that day was nothing compared to the pain that his friends felt on their last day.

Joe’s Perspective: Have you ever hit the wall physically? That’s when your body seizes up and you just can’t move. Everything in your body is telling you that you can’t do it. At that point, it really is just mind over matter. To succeed at this point, you have to really want it. You have to have something that inspires you more than the pain coursing through your body. Not many of us have that type of motivation. Herndon is the exception. A veteran running for his fallen comrades provides more motivation than most of us could ever imagine.

Your Turn: Have you ever physically hit the wall physically? If so, did you have the proper motivation to overcome? What was that motivation?