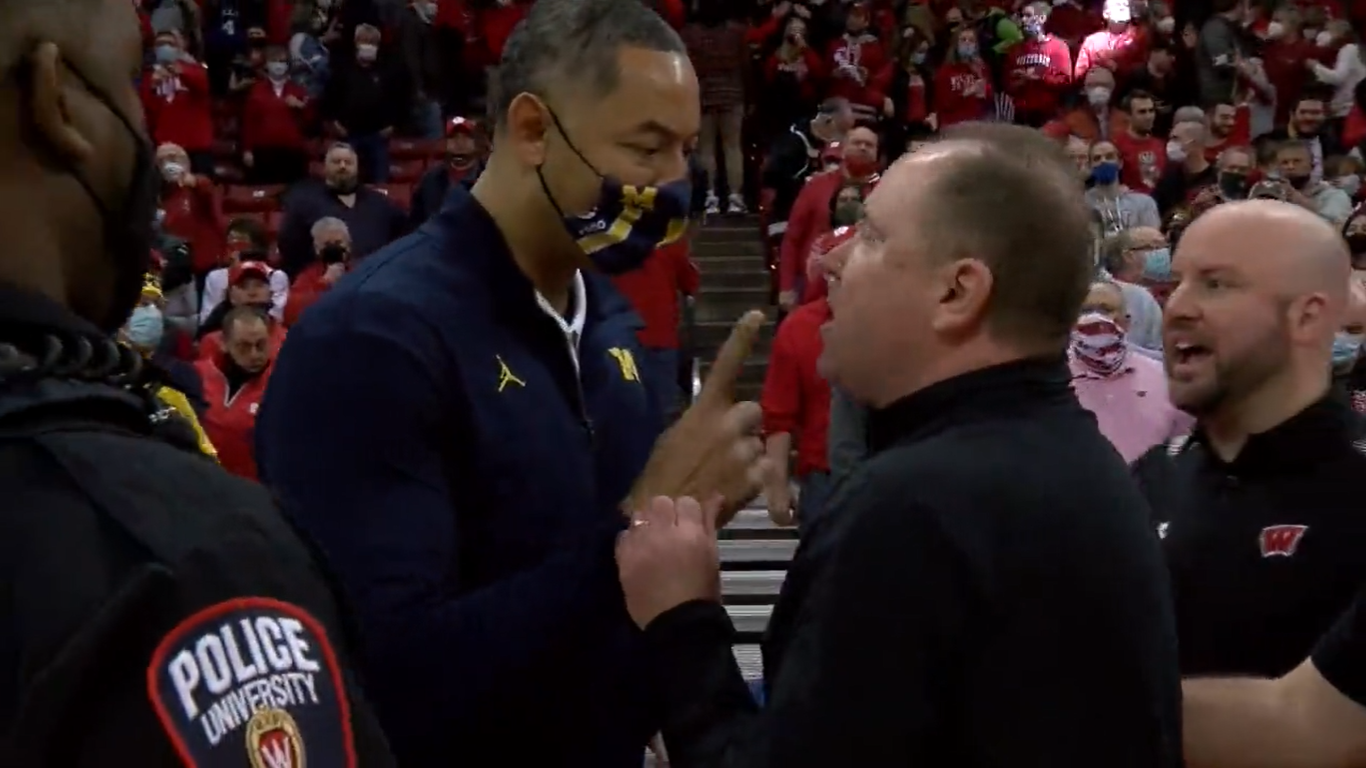 On February 20, the Wisconsin Badgers hosted the Michigan Wolverines in a Big 10 battle. It ended up being a blowout win for Wisconsin. However, with 11 seconds remaining, Michigan still had a press on. Wisconsin coach Greg Gard called a timeout to help his subs break the press. Calling a timeout near the end of the game bothered UofM coach Juwan Howard. When he walked through the handshake line at the end of the game, Coach Howard did not shake hands with Coach Gard. Instead he said, “I’ll remember that.” Wisconsin Coach Gard grabbed Coach Howard’s arm. Howard responded with a finger to the chest. It got heated real quick. Both coaches were yelling. A few seconds later, Coach Howard threw an open fisted punch. The players got involved. There was a lot of pushing and a few more punches were thrown by players. The announcer accurately described the situation with, “There’s a scrum in Madison.”

Joe’s Perspective: Things get heated at the end of a game. There are a lot of raw emotions. It’s easy to take something the wrong way and respond. The important point is that your response in that moment can change the rest of your career. There was serious talk about firing Juwan Howard. He is a good coach with a solid program. He has a home at the University of Michigan. He is loved and embraced. And yet, his actions put the Michigan AD in a tough position of deciding whether or not he had to fire his coach. My guess is this decision was tight. My message to you is, don’t put your coach or athletic director in a position where they are forced to make such a crucial decision on you for something you did in the heat of the moment. Be smart & show composure.

Your Turn: What lessons do we learn from this altercation between Michigan and Wisconsin?