“We Coach Ball. We Don’t Look at Color”

“We Coach Ball. We Don’t Look at Color” 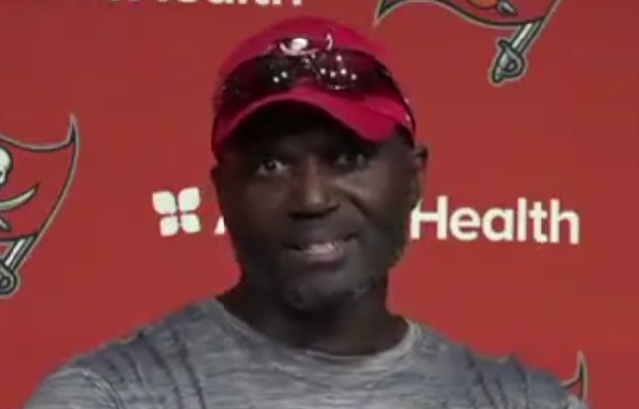 Tampa Bay Bucaneer Head Coach, Todd Bowles, made headlines the other day when a reporter asked about race. Specifically, the reporter asked the coach how he felt about facing another rival black coach in the NFL (Mike Tomlin) in the upcoming game. Bowles responded,

Another reporter pushed back, talking about representation and the importance of a young black kid seeing someone who looks like him and who maybe grew up like him in this position. Bowles responded, by saying,

“Well, when you say ‘you guys’ and ‘look like them’ and ‘grow up like them,’ that means that we’re oddballs to begin with. I think the minute you guys stop making a big deal about it, everybody else will as well.”

Context: There are 7 minority head coaches in the NFL out of 32 teams. Four of those 7 coaches are black. At the moment, the NFL is being sued for alleged discriminatory practices in their hiring processes, essentially arguing that team owners are not giving black individuals the same opportunities as white individuals to become coaches in the NFL. It is also important to note that American society is focused on topics of inclusion and equity. This creates a great debate about topics such as discrimination, affirmative action and merit.

Joe’s Perspective: This blog is not intended to settle this societal debate. It is intended to ask you to ponder such issues, particularly when this week’s trait is tolerance. These issues are complex and everyone has an opinion. I think it’s interesting that Todd Bowles’ comments made headlines. It’s surprising to me that his comments are seen as controversial. Fundamentally, all he did was downplay the upcoming meeting between two black coaches. He was attempting to normalize this occurrence. It has happened many times before, including in the Super Bowl. Members of the media wanted to make a big deal about it, but Bowles was saying that it is business as usual. “We coach ball. We don’t see color.” Some will hear those comments as refreshing and others will say that he is tone-deaf.

If we were having this conversation 50 years ago and probably 25 years ago, I would say race played a major role in the hiring practices of most NFL team owners. Douglass Pollard became the first black coach in the NFL in 1921. The NFL waited until 1989 to hire the second head coach. Since then 27 black head coaches have been hired by various teams in the NFL. Two of those coaches have coached a winning Super Bowl team. The numbers don’t lie. If your skin tone was black or brown prior to the year 2000, the odds of you landing a head coaching job in the NFL were almost zero, which meant that race was the determining factor ahead of talent, experience or leadership ability. That is the definition of racism.

However, my main belief today is the urge to win outweighs any prejudice that they may otherwise have. Team owners fill their rosters with the best talent they can find regardless of skin color. This includes the players on the field and the coaches on the sidelines. Seventy percent of the players in the NFL are black, which tells me that when the draft comes along, they are evaluating talent and drafting players that they believe will help them win the most amount of games. It seems to me that team owners would take the same philosophy towards hiring coaches. Today, I don’t believe that a team owner would hire a white coach over a black coach if he believes the black coach gives him an advantage to win. Why? He wants to win and will optimize every advantage to do so. And, because of this desire to win, I believe it’s just a matter of time before we see more black coaches in the NFL. However, I fully acknowledge that I could be wrong.

Your Turn: After hearing Todd Bowles’ comments, what are your thoughts on this matter?