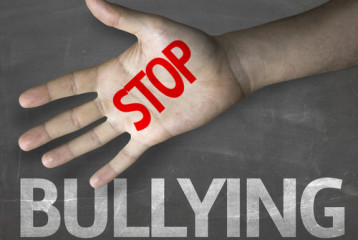 Briar MacLean, a seventh grader, was scorned by his school for stopping a fight that involved a pocket knife. Although Briar could have been harmed in this confrontation, it didn’t stop him from taking action. To check out more on the story, go to:
http://gawker.com/hero-teen-punished-by-school-for-stopping-knife-wieldin-511001195.

In situations like these we ask ourselves: What is the right thing to do? When I was in school, we were told not to be a bystander and to take action if we witnessed someone being bullied. Schools are teaching students not to stand by when confronted with bullying, which makes this whole story pretty ironic. This video is one of the many videos that schools might show in order to prevent bystanders and bullying within their study body. http://www.youtube.com/watch?v=ruBqetaMd5g.

Author’s Perspective: In Briar’s case, his school didn’t support his heroism and instead chose to suspend him. Had he just stood there and done nothing, the situation could’ve escalated into something worse. Personally, I think he did the right thing because he told the teacher first and then took action. It takes courage to stand up to a bully, especially when there is a knife involved. His courage should have been applauded because he stood against the bully instead of being a bystander.

The vice principal told Briar’s mother, “We don’t condone heroics,” which seems immoral given the circumstances. The school is sending the wrong message to their students by making Briar one of the bad guys for trying to do the right thing. With stories like this one, it makes a person question what the right thing to do is. If helping someone out isn’t the right thing to do, then what is?

Your Turn (follow us & tweet responses to @CDandLeadership using #CDandL):
1)      If you were in Briar’s position, what would you do?
2)      What if you were the principal of the school?
3)      Do you think that the school’s decision was justified? Why or why not?