What would you do for $1 Billion? #NCAABracket #Integrity

What would you do for $1 Billion? #NCAABracket #Integrity 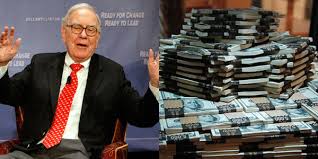 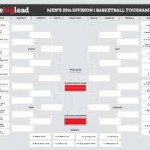 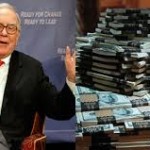 Warren Buffet pledges $1 Billion to anyone who completes bracket correctly

Every year I fill out my NCAA college basketball tournament bracket. I usually fill out two or three and enter different office pools. I don’t normally win much because: (1) I try to pick upsets, but I typically pick the wrong upsets and (2) I usually pick Michigan State University to win it all.

This year Quicken Loans and Warren Buffet (the world’s second richest man) are teaming together to offer a $1 billion dollar prize to anyone who gets their bracket 100% accurate. 15 million people entered to win. So, why would Warren Buffet be willing to put up 1 billion dollars to the winner? Simple – the odds of getting your bracket perfect and winning the billion dollars are 1 in 9,223,372,036,854,775,808.  I didn’t major in math, but I think that means that the odds are not good.  To be honest, I was out after the first game of the tournament when Dayton upset Ohio State. Oops.

What does this have to do with character and leadership? My brain works in mysterious ways, so stay with me. Let’s suppose you had your bracket 100% correct all the way up to the final game. You knew that if your team won the National Championship Game, you would be able to put $1 billion in your pocket. That’s more money than Oprah Winfrey has. If you just invested it safely, you would make over 50 million each year in interest (5% return on your money).

(1) With all of that money on the line, would you just let fate play out for the championship game or would you, let’s say, approach the team you didn’t select, and make them an offer they couldn’t refuse?  Would you quietly offer key players a cool $10 million to throw the game? $50 million? $100 million? What’s it to you, in 3 lifetimes, you could never spend $900 million.  Right?

(2) In other words, would you sacrifice your integrity and what you know is right for personal gain?  Why or why not?