A Dairy Queen Employee Does the Right Thing – Integrity

A Dairy Queen Employee Does the Right Thing – Integrity 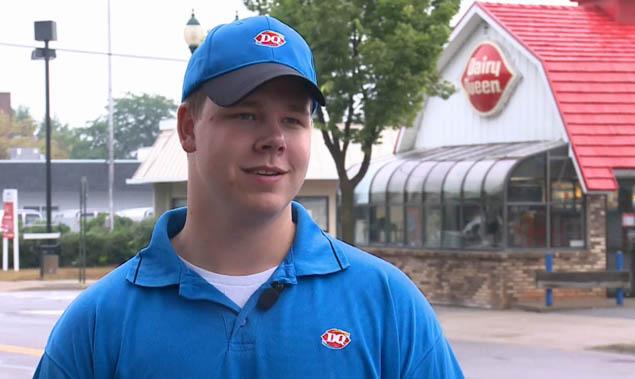 Joey Prusak, a 19-year-old Dairy Queen manager, witnessed a blind man drop a $20 bill while standing in line. A woman who was standing behind the man in line picked up the $20 bill and stuck it in her purse. Joey came out from behind the cash register and confronted the woman, “I’m going to ask you politely to return his money.” She said it was hers. Joey told her, “If you’re not going to return the money, I’m going to have to ask you to leave.” Joey then walked up to the blind man, took $20 out of his wallet, and said, “On behalf of myself and Dairy Queen, we want to set things right.” 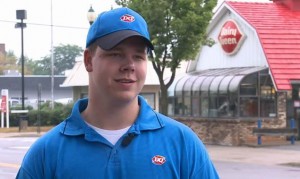 Now, if that isn’t impressive enough, Joey then… went back to work and didn’t tell anyone what he did. He didn’t brag about it to his boss, take $20 out the cash register to reimburse himself or do some celebratory touchdown dance. He merely went back to work. However, a customer who witnessed the entire incident wrote a complementary letter to the Dairy Queen Corporate Office. As you know in the world of social media, one thing led to another, and the story went viral. 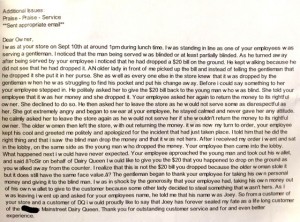 Ordinary people wanted to recognize Joey for his integrity and honesty, so they started dropping by the Dairy Queen to give Joey $20. Warren Buffet, the second richest man in the world, called him on the phone, to commend him. Buffet, then invited Joey, who is majoring in business, to attend the annual share-holder’s meeting via his private jet. My guess is that Joey will be offered a nice six figure job after he graduates from college. Not a bad $20 investment.

Author’s Perspective #1: One of the week 5 (honesty) ethical dilemma questions is, “Imagine that you found a  paper bag at school containing just over $300. Nobody saw you pick it up, and there was no identifying information on or in the bag. How would you handle this situation?” I then ask a follow up question, “What would a person of strong character do?” I use this follow up question to point out the difference between “what we would do,” and “what we know to be right.” The “right” thing is so obvious it hurts. There are no qualifications, “what if,” “maybes” or “buts.” We all know what a person of strong character would do, but unfortunately, most of my students qualify and quibble. Joey Prusak did not. When the moment arose, he boldly did the right thing at every step in this scenario. In fact, it is textbook – it could not have been drawn up any better.

Author’s Perspective #2: On some level, I have to agree with Joey when he says that he doesn’t understand what the big deal is. He just did what he would have done any other day. But, that’s the point, isn’t it? This points to his integrity and his beliefs about fairness, right vs. wrong and honesty. He is being celebrated right now because we see story after story about some fool who steals, cheats, or lies, and those cumulative stories cause people in this society to doubt humanity, and what it is becoming. People like Joey Prusak, remind us that society still has character, integrity, decency and humility. Joey teaches us that there is still a right and a wrong. The lady in line was wrong and Joey was right (period). For that, Joey is a positive role model, and I applaud him.

Author’s Perspective #3: I will be sending Joey Prusak a copy of the Role Models textbook and a $20 bill. There are 1,600 schools using the Character Development & Leadership Curriculum. I estimate that 2,500 classes are being offered this semester across this country. If every one of those classes gathered $20 ($1 from every student) and sent it to Joey, that would be a total of $50,000. He has pledged to give all donations to charity. Given his integrity, I trust him to pass the money on to a good cause. Please join me in sending $20 donations to:
Dairy Queen – C/O Joey Prusak – 1800 Main Street – Hopkins, MN 55343

Your Turn: Tell me your thoughts about this story and my commentary.
(1) respond via this blog, (2) comment on Facebook page (character development & leadership) or (3) tweet to @CDandLeadership using #CDandL)