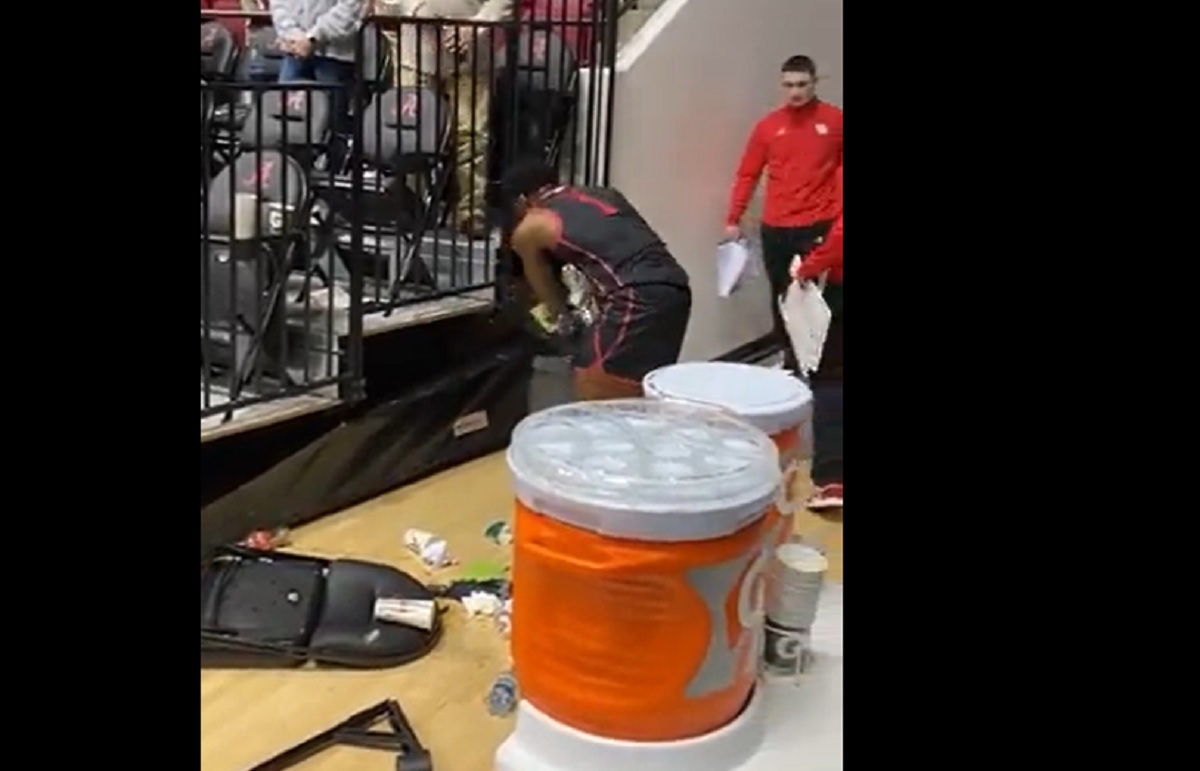 On December 12th, two top 20 teams played in a regular season game. The University of Alabama beat the University of Houston with a controversial last-second non-call. The final score was 83-82. Kelvin Sampson, the coach of Houston, got irate. He demanded that the refs review the play. The refs tell him that it is not a reversible call and begin to leave the court. It gets ugly and police are needed to protect the refs from the Houston players. When the Houston players leave the court, one of the assistant coaches kicks a chair and a player knocks over a trash can.

Jamal Shead, a sophomore player for the University of Houston, views the behavior from his teammates. He watches, thinks and then acts. He picks up the trash can and then starts picking up the trash, placing it back in the trash can.

Joe’s Perspective – Poor Leadership: After a tough loss, the emotions can get away from you. It is up to leaders to set the tone. It is up to leaders to clam everyone down. Leaders walk over to the opposing coach, shake hands and say, “good game.” Kelvin Sampson failed in this situation. He acted like a poor sport and his behavior gave his players permission to act like poor sports too.  People watching that game will only remember one thing – the University of Houston are poor losers and they have no class. You can hear the fans booing the Houston team and their adolescent behavior. Fans, unfairly or fairly, will stereotype “those coaches” and “those athletes” who attend that school. It is a stain on that program and tarnishes the reputation of that university.

Joe’s Perspective – One Sophomore Does the Right Thing: In the midst of all this, one young player saves the day. Jamal Shead keeps his composure. He understands that his teammates are acting “a fool.” If he had walked on by, he would have been lumped in with the rest of the team. Instead, he righted the wrong. It wasn’t his trash and he didn’t empty it onto the floor, but he immediately picked it up. Something tells me that he is not a captain, but he should be. That young man acted with many of the traits we teach in this program – composure, good judgment, integrity and humility. He demonstrated what real leadership looks like. Coach Sampson spent the following day apologizing for his behavior, making formal announcements and writing letters to the Alabama athletic director. That same day, Jamal Shead held his head high. I would be so proud to be his parent.

Your Turn: What lessons do we learn from this situation and from the actions of Jamal Shead?