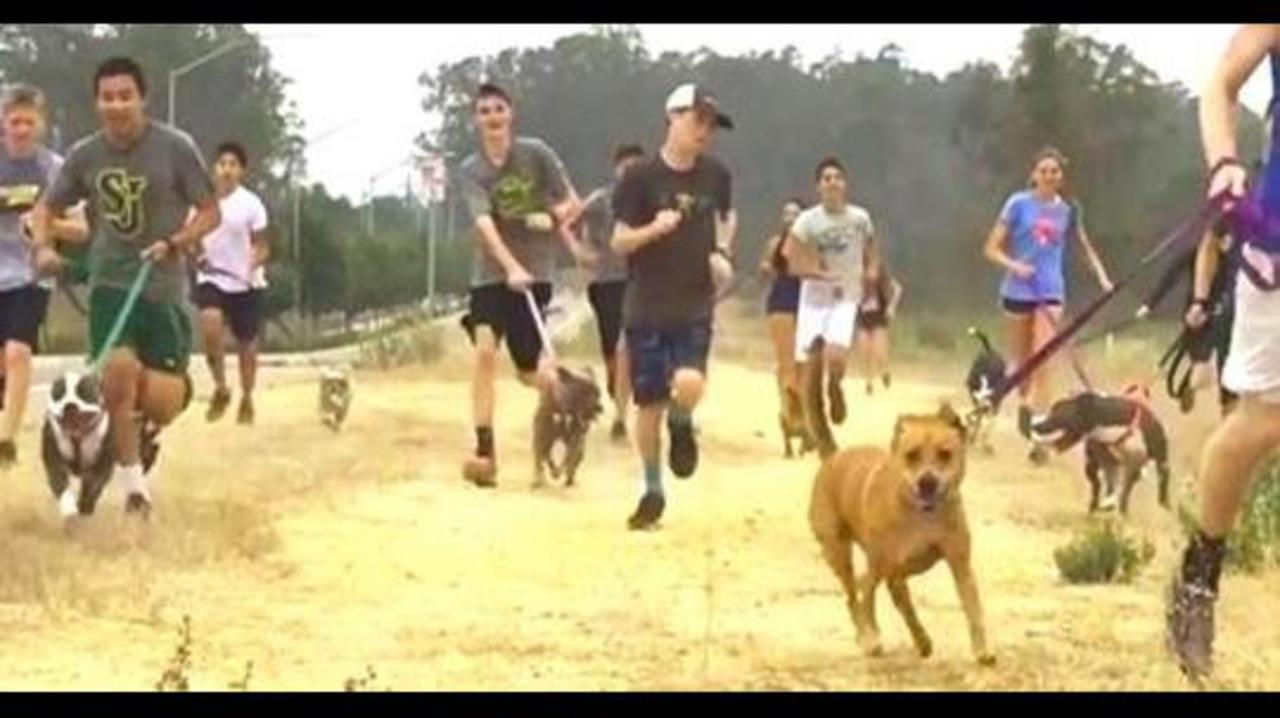 At the request of Coach Lewis, shelter dogs accompanied members of the St. Joseph Cross Country team on an afternoon run. Truthfully, prior to the run, the athletes weren’t all that excited about the upcoming run. However, once the runners met the dogs, things changed. Coach Lewis explained, “It was great. The Kids loved it. The dogs loved it. Once we got there and they saw the dogs. The dogs were just going nuts.” One of the runners even ended up adopting one of the dogs. The runner just couldn’t bear the idea of the dog going back in the cage.

Coach Lewis called this a “small, tiny, organic nice gesture of kindness and it’s something that has resonated with people around the country.”  As a result, athletic directors across the country began calling the St. Joseph athletic director. They wanted to know how to set something like this up. Other schools began doing similar runs and finding ways to help their respective communities.

Joe’s Perspective: Not much to say about this one. It’s simple, it’s easy and it makes an impact. It’s something that anyone can do. There are also about a thousand of other kind gestures that sports teams can do to better their community. My only question is, why don’t more people/teams do something like this?

Your Turn: After watching this video and learning of this gesture, what are your thoughts?