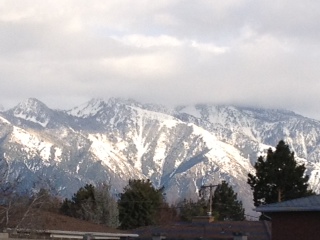 In his spare time, Ricardo Portillo refereed local youth soccer games simply because he loved doing so. His daughters tried to get him to stop because he was previously attacked by soccer players who disagreed with his calls. One player broke his leg and another broke his ribs. On April 27, 2013, Portillo called a foul on a goalie and issued him a yellow card. In response, the 17-year-old player sucker-punched him in the face while Portillo was writing down his notes. Several hours later, he slipped into a coma. One week later, he died.

Author’s Perspective: Three weeks ago I was in Taylorsville, Utah, a suburb of Salt Lake City. It is one of the most beautiful places I have ever seen – nothing but mountains, sunshine and fresh air. The views are intoxicating and left me  feeling peaceful and calm. To think that in this setting, a boy would punch a referee because he received a “yellow card” in a youth-league soccer game with nothing at stake, is… absurd… crazy…so sad.

Small Picture: Ricardo Portillo’s life is over at the age of 46 and all the good that he would have provided went with him. His daughters (Johana and Ana) were robbed of spending many more years together and will forever mourn him. His grandchildren will grow up without knowing him. This affects so many people – his extended family, his employer and friends. And, think about the life of this 17-year-old kid. Due to a momentary loss of his temper, his life is basically lost too.  He will spend most of his life in prison. His parents will mourn him too in their own way.

Big Picture: I could show you video after video of athletes, parents and coaches who act like idiots without any foresight of the consequences for their behavior. I hear obscenities in the crowds at games, watch coaches yell and scream at officials and have narrowly avoided fights between fans of competing schools. This inappropriate behavior happens at the professional level, in college, in high school and in recreational leagues.

Tip of The Iceberg: We hear about this case because Ricardo Portillo died. We never heard about the players who broke his ribs and leg. We don’t hear about the thousands of outbursts, fights and injuries around this country. My question is, how did we get to this point? Where is the anger coming from? Isn’t it just a game?  Athletics is supposed to provide people with exercise, competition and fun. It pushes a player to test individual limits and to work as a team. It also provides entertainment for those who are watching.

Your Turn (follow us & tweet responses @CDandLeadership using #CDandL): 1) What thoughts and feelings did you have when you heard this story?
2) What kinds of behaviors have you personally seen at sporting events like this?
3) List as many societal reasons this type of behavior occurs in sport?
4) List as many solutions you could provide to diminish this behavior?