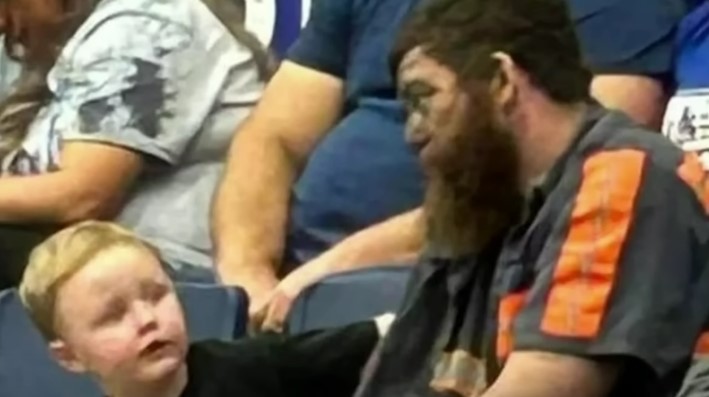 After finishing a shift for Excel Mining, Michael McGuire raced to the University of Kentucky to join his wife and son at a Kentucky basketball game. Michael did not have time to change out of his uniform and he did not have time to shower. His family didn’t care. They were just happy to see him when he arrived at the game. “It doesn’t matter to him how long he has worked or how hard his day is, he is always there and shows up for our babies,” said his wife, Mollie. “He is the most selfless man ever and always puts his family first!”

A few days later, University of Kentucky head coach, John Calipari posted a picture of this family on social media. In his tweet, he wrote:

“My family’s American dream started in a Clarksburg, WV coal mine, so this picture hits home. From what I’ve been told, after his shift, he raced to be with his son & watch our team.”

Joe’s Perspective: This is a touching story about a dedicated dad who doesn’t care what anybody thinks of him. He had coal dust all over his body, probably smelled and wasn’t exactly wearing today’s fashion. This man only cares what his son thinks of him. The game was important to his son so it became important to him. I hope countless dads feel the same way about their children.

I know Coach Calipari respects the choices this dad made. He called the McGuire house the next day to pay his respects to Michael. He then offered the entire family VIP tickets to an upcoming game. Rumor has it that the family went and thoroughly enjoyed themselves.

Your Turn: What are your thoughts after reading this story?