Giving the Shirt off his Back

Giving the Shirt off his Back 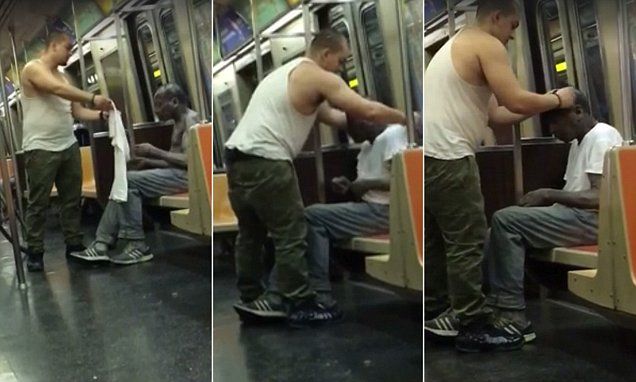 Earlier this winter, Joey Pesto, was riding the New York City Subway. He looked behind him and saw what appeared to be a cold, shivering homeless person. No one was helping this man. He later said of others riding in the car, “They were playing it safe.” So, Joey took off his shirt and offered it to the man. The man accepted, but could not lift his arms. Joey then helped put his shirt over the man’s head. Joey returned seconds later to give the man his hat as well. As fate would have it, someone recorded the scene and posted it to Facebook. 46 million hits later, Joey found himself on Inside Edition (video below).

Joe’s Perspective: I think my perspective can be summed up with Joey’s comments, “If you see something wrong and you see something you can do to help, do what you can. Don’t just look and stare and wonder.” It really doesn’t take that much courage to help a stranger in need. You just have to ask yourself how you would like to be treated if the situation was reversed. Go ahead, do the uncommon thing. Be the one who steps up. Don’t worry about what others will think or if it makes you feel uncomfortable. Do the right thing!