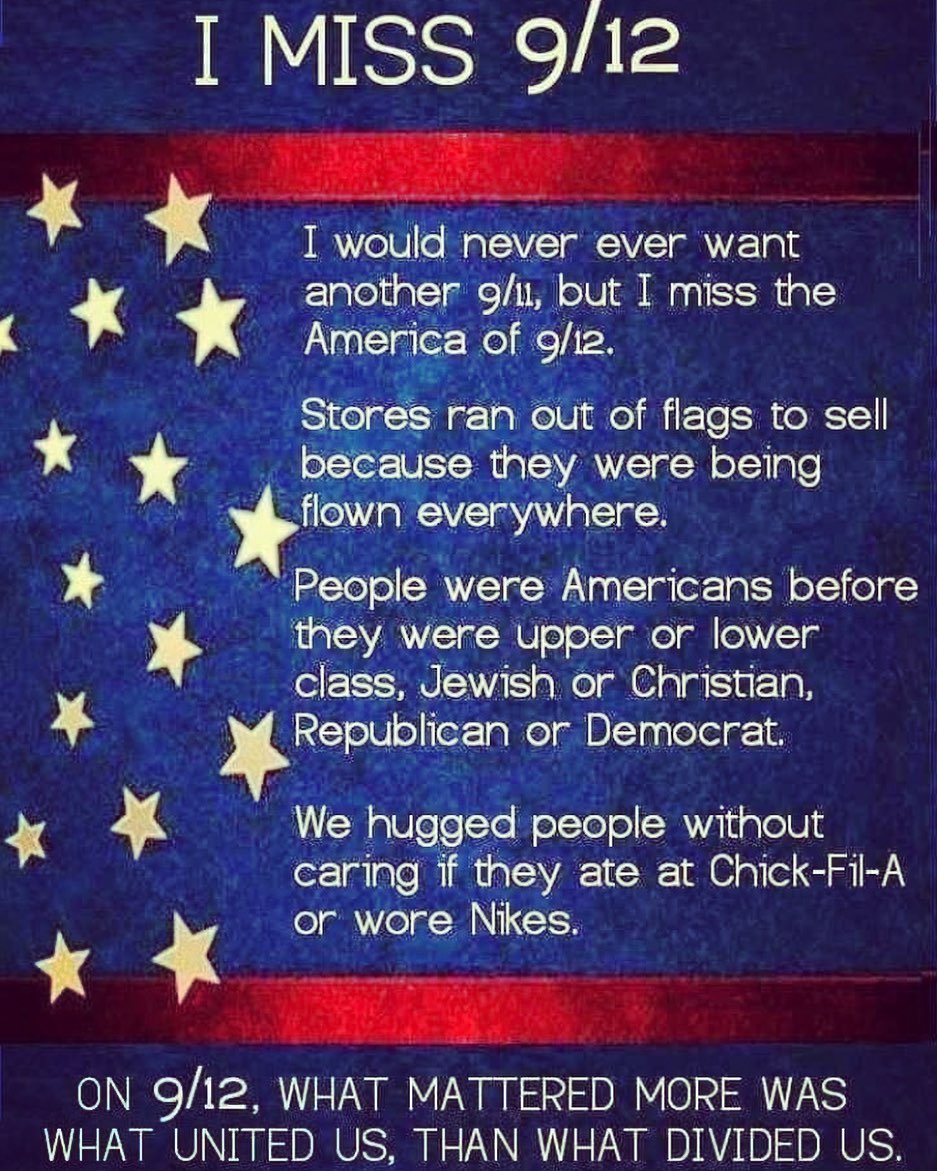 As I hope you know, 18 years ago today, terrorists hijacked four 747 jets filled with full tanks of fuel and rammed them into buildings with the express intent to kill as many people as possible and terrorize America. Some 2,977 people were killed in these attacks. September 11, 2001 was a sad day in the history of the world. It’s a day that no American should forget.

Something very unique happened the next day. Americans came together. There were not separate political parties or races. We were all Americans. If you had an American flag, you raised it outside your house. People volunteered, gave blood, donated to charities… They went out of their way to help or try to help in any way they could. As an example as a teacher, my students raised $1,500 in three days. We sent that money to pregnant wives who had lost their husbands in the 9/11 attacks. We were part of the millions of Americans who wanted to help. We all put aside our differences and our disagreements and came together as one.

Joe’s Perspective: It seems sad that it took a terrorist attack to bring Americans together. It seems sadder that we forgot those feelings of unity as time went by. Today it feels very like we live in divisive times. Some Americans today can’t even have discussions with someone because they hold different political beliefs. They’re screaming on the left and yelling on the right. So, like the picture says, “I don’t want another 09/11, but I do miss the America of 09/12.

Your Turn: In your opinion, what can we do to bring unity back to America and Americans?