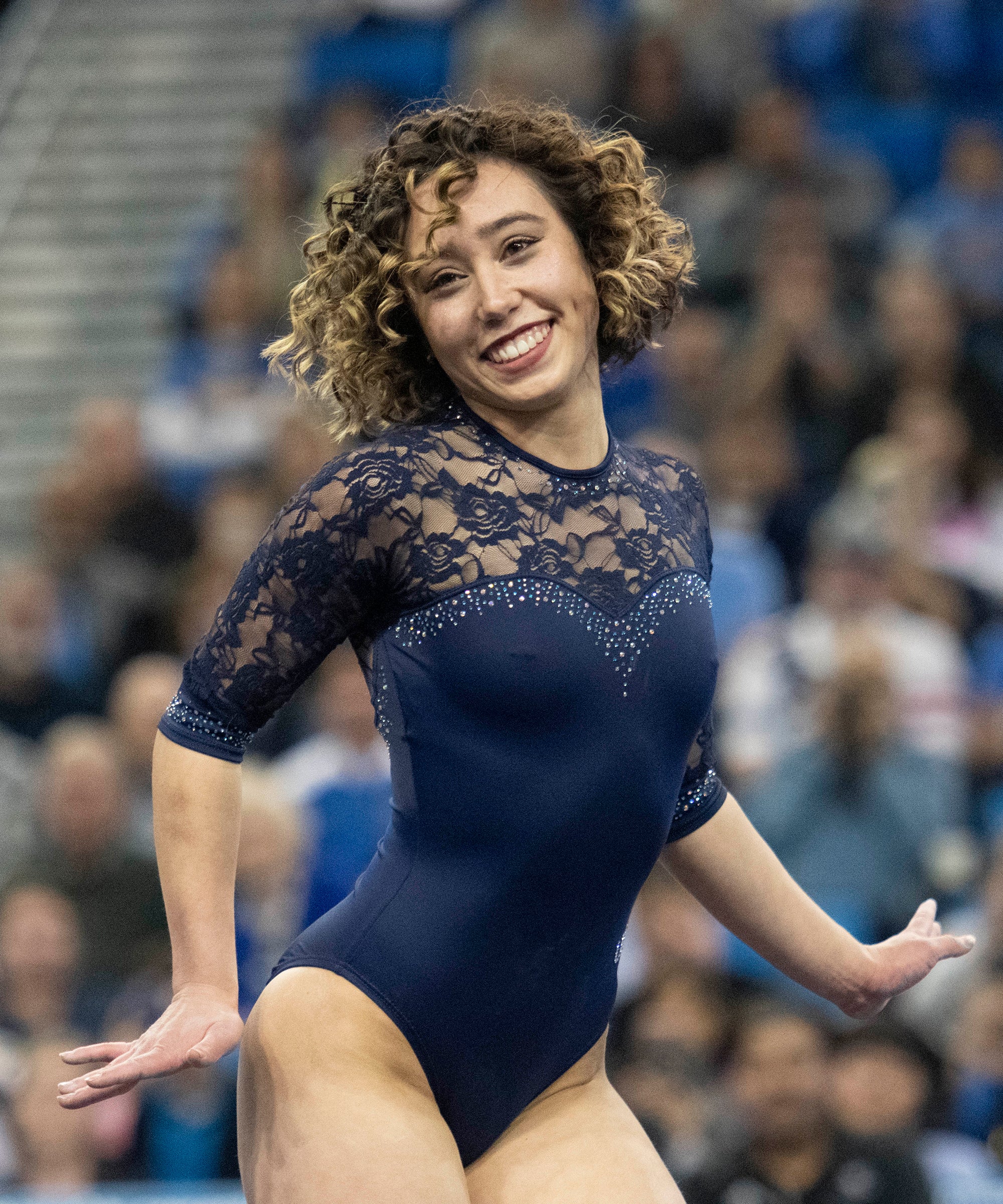 “It was a long process to get there, but everything in the video, that people were like, ‘Oh, she’s so joyful,’ that’s exactly how I feel.”

In 2014 USA Today did a comprehensive study on why young people say they play sports. They then rank-ordered those reasons from 1 to 81. It is noteworthy that many factors believed to be important actually ranked quite low. For instance, “Traveling to new places” ranked #73, “Earning medals or trophies” ranked #67, and “Winning” ranked #48. Viewers were surprised to learn that “Fun” was ranked #1. Nine out of 10 young athletes said that fun was an important reason they played sports. This may also explain why 70 percent of young athletes drop out of organized sports by the time they turn 13 – it’s just not fun anymore.

Katelyn Ohashi started doing gymnastics when she was 3 years old. She always had a smile on her face as she flipped through her early years. By the age of 9, her family had moved from Seattle, Washington, to Kansas City, Missouri, so that she could train at GAGE Gymnastics. Three years later, she moved to Plano, Texas, to train at the pre-eminent World Olympic Gymnastics Academy. She was on the path to becoming the next great Olympian. At the age of 13, now competing on the senior circuit, Katelyn won the 2013 American Cup. She defeated future Olympic Gold Medalist Simone Biles for the all-around championship. Katelyn was that good.

There was a problem, however. Gymnastics was no longer fun. “When I became an elite gymnast, everything became less about myself and what I wanted and more so for everyone around me,” recalled Katelyn. “The Olympics were never my goal. That’s when all the pressure came in and I just became rather miserable. I felt like my voice was so suppressed.”

There was pressure to stay incredibly thin from her coaches. While completing extensive daily training regimens, she tried to eat less than 500 calories a day. Katelyn and her teammates obsessively weighed themselves six times throughout the day. She routinely didn’t eat anything until dinner and then, feeling “fat”, she would jump rope or do abdominal workouts until she felt normal enough to go to bed.

Next, the injuries kicked in. Shortly after winning the national championship, she underwent shoulder surgery. This prevented Katelyn from competing for the remainder of the year. Upon her return, she suffered from two torn shoulders and a significant spine injury that required another surgery. Katelyn was forced to take more time off from the sport.

It was at this time that she was experiencing puberty. Her body was changing, and she wasn’t training eight hours a day. The social media trolls attacked, and Katelyn still remembers: “I guess I was 14 when I began hearing comments about my eating, which consisted of you look like you swallowed an elephant, you look like a pig, your face is three times as big as it was this morning.” It was a dark time.

In 2015, Katelyn dropped from elite competition and returned to the US Gymnastics Junior Olympics Program. Even at this level, she placed 17th, 14th and 13th in competitive meets. But all of the fun had left the sport for Katelyn. She rarely smiled and she laughed even less. She felt like she had let her family down because they had sacrificed so much for her.

“I was in tears,” Katelyn said. “I was broken mentally, physically, and emotionally.” At the young age of 16, it seemed like the end of the road for Katelyn.

It was at this period in her life that she began to see a therapist. This process helped Katelyn take ownership of her own path. She began to feel empowered. Her next step was to call up Valorie Kondos Field — AKA Miss Val — the head gymnastics coach at UCLA. Miss Val’s goal was to care more about her gymnasts as people than as athletes, which stood in contrast to the hard-core perspective of the Olympic coaches.

“My new goal was to find joy in the sport again and do it just for myself,” Katelyn said with a rejuvenated spirit. “The goal is to have as much fun as possible.”

This change didn’t happen overnight. About halfway through her freshman season, Katelyn told Miss Val that she was not sure if she wanted to be great again. After all, she had found nothing joyful in her life when she was great. It was still too scary to put so much into a sport that had hurt her so much. Miss Val knew that she had to work even harder to earn the trust of her talented freshman gymnast. The veteran coach made a point to never talk to Katelyn about gymnastics outside of the gym. Instead, she just focused on nurturing Katelyn’s spirit.

Slowly but surely, Katelyn found her joy again. And as she did, her scores improved and her collegiate career turned out to be a huge success. She was named the PAC-12 Freshmen of the Week four times. Then, as a sophomore, Katelyn was ranked #1 in the country on the balance beam. As a junior and a senior, she was ranked #1 on the floor exercise. She was a 10-time All-American, won a national championship on the floor exercise, and led UCLA to a team national championship. She also earned 11 perfect 10’s in her illustrious career at UCLA.

Truth be told, even if other gymnasts may have had more successful collegiate careers, no one ever has had more fun. It was on the floor exercise that Katelyn could really be herself. She combined sassy dance moves with gravity-defying flips and perfect landings. She performed routines so difficult that the judges had to recalibrate the rating system. Then too, there was that ever-present smile that captivated the audience and made them smile too. The fans waited for Kaitlin’s performances and she literally packed UCLA’s Pauley Pavilion for each home meet: It was mesmerizing, thrilling and, oh so fun to watch. Then, when Kaitlin finished each routine, she sprinted over to her teammates and gave each of them enthusiastic high-10s. She then gave Miss Val a big bear hug accompanied by tears of joy.

In 2019, the legend grew. At the Collegiate Challenge, Katelyn scored a perfect-10 in a jaw-dropping performance that was too good to remain in the gymnastics world. That performance went viral, having been viewed over 117 million times worldwide. Katlin repeated that perfect-10 performance five more times throughout the year. “She has really been the face of women’s gymnastics this season with her routines going viral and her appearances on the major television shows,” observed TV announcer and former Olympic gymnast Bart Conner. “She is the symbol of joy and expressiveness.”

At the 2019 ESPY Awards Show, Katelyn took home honors for “Best Play” and “Best Viral Sports Moment” for her perfect 10 moments. To showcase her personality that night, she did a handstand on the red carpet. Also true to herself was her acceptance speech where she recited a poem about body shaming and internet cruelty: “The skimpy leo’s (leotards) made it easy for everyone to see, and everyone took it as their duty to judge me. ‘Too revealing, too fat, she’s so thick.’ The objectification of our bodies is making me sick.”

Katelyn Ohashi is one of the 144 “Wednesday Role Models” featured in the Student Athlete Program. This program is designed to improve the character, leadership and sportsmanship of high school athletes. To learn more about this program and how you can implement it in your school: