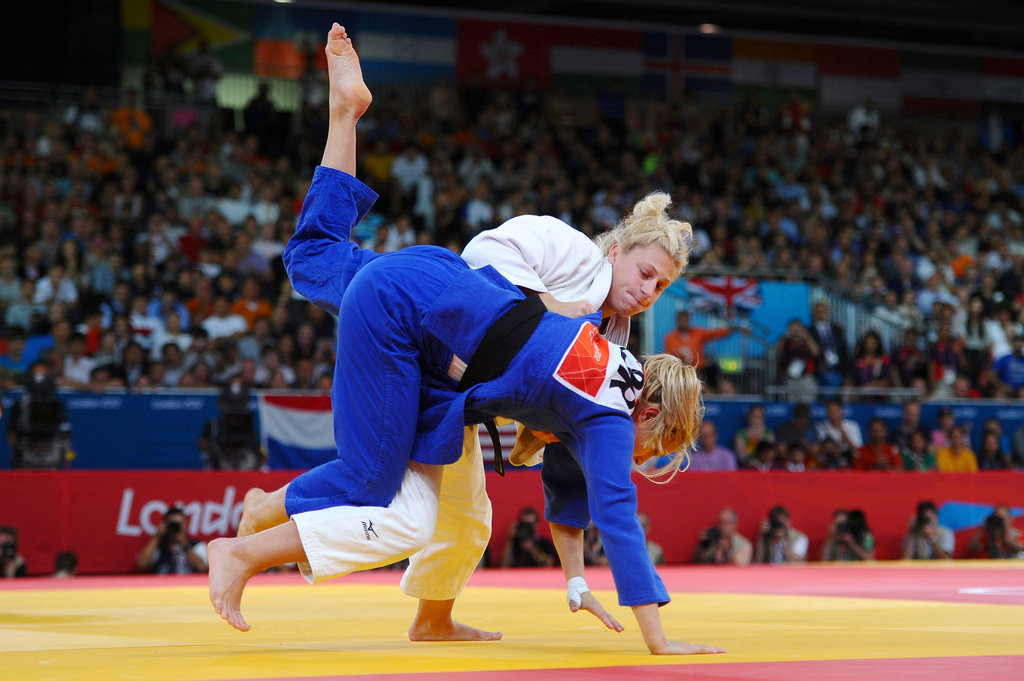 “You get to the point where you decide that you don’t want to be a victim anymore and that you’re not going to live your life like that.”

Simply put, Kayla Harrison is a warrior.  The two-time Olympic judo gold medalist portrays the perfect example of what hard work and athletic dedication looks like. Her protruding muscles showcase a body built by power, strength and determination. After all, judo is a martial art that uses quick movement and leverage to throw an opponent to the ground. It’s clear that Kayla has always been the ultimate fighter, but even at her commanding stature, she was also once a victim. Unfortunately, Kayla suffered years of sexual abuse by the person she relied on the most – her former judo coach, Daniel Doyle.  Kayla’s remarkable story reveals how the Olympic martial artist went from rock bottom to the top of the world, by refusing to remain silent.

Kayla’s journey began when she was born on June 2nd, 1990 in the small town of Middletown, Ohio.  Kayla was an energetic little girl with curly blonde hair, who loved to bounce around and karate chop everything in sight. Maybe she got that behavior from her mother, Jeannie, who practiced Judo as a self-defense tactic. By the age of six, Kayla began taking Judo classes and became captivated.  Her natural talent was recognized by her peers and they appropriately nicknamed her “Judo.” Not only did she excel in the sport, but it made her feel extremely special. “Nobody from my school really knew what judo was and I remember teaching the kids all these throws. I was the cool kid,” recalled Kayla. That feeling of acceptance was amplified when her coach, Daniel Doyle, began to single her out as the chosen student. Daniel was as charming as they come and he quickly became a part of Kayla’s family. Together, their goal was to make Kayla the next great judo superstar.

Kayla trained from sun up until sun down and by 2003, she was a force to be reckoned with. Though she was only in 7th grade, this tenacious athlete was able to take down every opponent on the mat. During this time, Kayla fearlessly won the triple crown and three junior national tournaments. The showstopper constantly had spectators on their feet as she was known for the “ippon”, which is the judo equivalent of a knockout. Kayla was ready for the highest level of competition. Therefore, she and Daniel packed their bags and began chasing Judo competitions around the world. “It’s a hard lifestyle. I spent half my life living from a suitcase, going to Japan, Germany, the UK. You go where the competition is,” Kayla described.  And so, the duo globetrotted on, conquering one country after another.

However, Kayla’s newfound success came at an unforgivable price. While the two traveled alone, Daniel sexually abused Kayla behind closed doors. As a distraction, Kayla immersed herself into the Harry Potter novels, reading each book more than 5 times. Later, she realized that she subconsciously wanted to live in that magical world and make the terrible things in her life disappear.

The Harry Potter diversion wasn’t meant to last forever. By the time Kayla turned 16, she could no longer keep her secret. During a Senior National Championship tournament in Miami, Kayla broke down during a competition. As she sobbed uncontrollably, her mother demanded to know what was wrong. Kayla took a deep breath and admitted to everything that had been going on with her coach. “You get to the point where you decide that you don’t want to be a victim anymore and that you’re not going to live your life like that,” Kayla declared. This was an incredibly difficult realization for Kayla because she believed she needed her coach to survive.  Thankfully, that wasn’t the case at all. In fact, Jeannie knew exactly what her daughter needed – a fresh start where she could live and dream big without fear.

Without blinking an eye, Jeannie packed up a U-Haul with her devastated daughter and drove 14 hours east to Wakefield, Massachusetts. The final destination was a dojo operated by Jimmy and Big Jim Pedro, the U.S. Olympic judo coach and his father, respectively. Kayla’s supportive mother believed this was the answer to their prayers and the Pedros’ were more than willing to help.  Kayla was now put into a position where she could fight again after the unraveling of her tragic truth. “What had once been my passion, became my prison,” Kayla confessed, when she testified against Daniel in 2008. Thankfully, her testimony landed him in prison for 10 years. Even so, the damaging memories made every day a struggle. But as she worked closely with her new coaches, she learned how to take her anger and frustration out onto the mat.

“Mentally, Kayla will not break,” confirmed Jimmy. “She’s already fought the toughest battle of her life, so walking onto a judo mat is nothing for her.”

After a lot of therapy and training, Kayla found herself standing tall again on judo podiums around the world. Her dreams finally came true when she became the first American ever to win a gold medal in judo, during the 2012 Olympic Games. Four years later, Kayla defended her title at the 2016 Olympics, and after an epic final round, she retired from the sport. With just seconds left in her last Olympic fight, Kayla seized Audrey Tcheumeo of France and forced her into an armlock position. Audrey, unable to move her arm for fear of breaking it, had to submit, giving Kayla and the United States the gold. Kayla’s grand finale created another historical moment in sports, as she took home the gold for a second time.

Kayla never thought she would speak of her dark time as a victim. But while she received the world’s attention just before the 2012 Olympics, she knew that if she didn’t bring awareness to her audience, she would be part of the problem.

“One of the reasons that I decided to share my story is because sexual abuse is very much still a taboo in our society, something that people don’t want to hear about. I wanted to speak out and say, it is real, it does happen, it happens in churches and it happens in neighborhoods and it happens in sports,” Kayla explained.

Another reason Kayla went public was because she wanted to help other victims heal. She often handed out her cell phone number, just in case they needed someone to talk to.  After doing this, she instantly began seeing the effects of her honesty, as women called, texted and approached her in person with similar stories. “That was so powerful to me, that my speaking out or sharing my story can affect someone that much and give them hope. To me, that’s bigger and better than any gold medal will ever be,” Kayla explained.

The candid life story of Kayla fascinated the world as she became one of the first professional athletes to expose sexual abuse and harassment.  Her journey was featured in countless media outlets, such as Sports Illustrated, The New York Times, Time Magazine and The Today Show, just to name a few. Revealing the truth created a whole new purpose for Kayla and her dedication for helping others continues to be boundless. She established the Fearless Foundation which supports child sexual abuse survivors through education and sport.  Additionally, she co-authored a book titled Fighting Back, which focuses on recognizing and preventing child sexual abuse and helping kids recover. Her constant desire to aid those in need is truly admirable and her heart of gold is just as important as her medals.

As we can see from Kayla’s tough journey, being honest isn’t always the easiest thing to do. Still, she was able to turn her tragedy into something positive by simply speaking the truth. Kayla’s forthright example has empowered other victims as well, by giving them courage and inspiration. In the reassuring words of Kayla, “The most important message that I could ever give to people who are going through what I went through, who are struggling in that really dark spot, is to promise them they are not alone.”

Kayla Harrison is one of the 144 “Wednesday Role Models” featured in the Student Athlete Program. This program is designed to improve the character, leadership and sportsmanship of high school athletes. To learn more about this program and how you can implement it in your school: