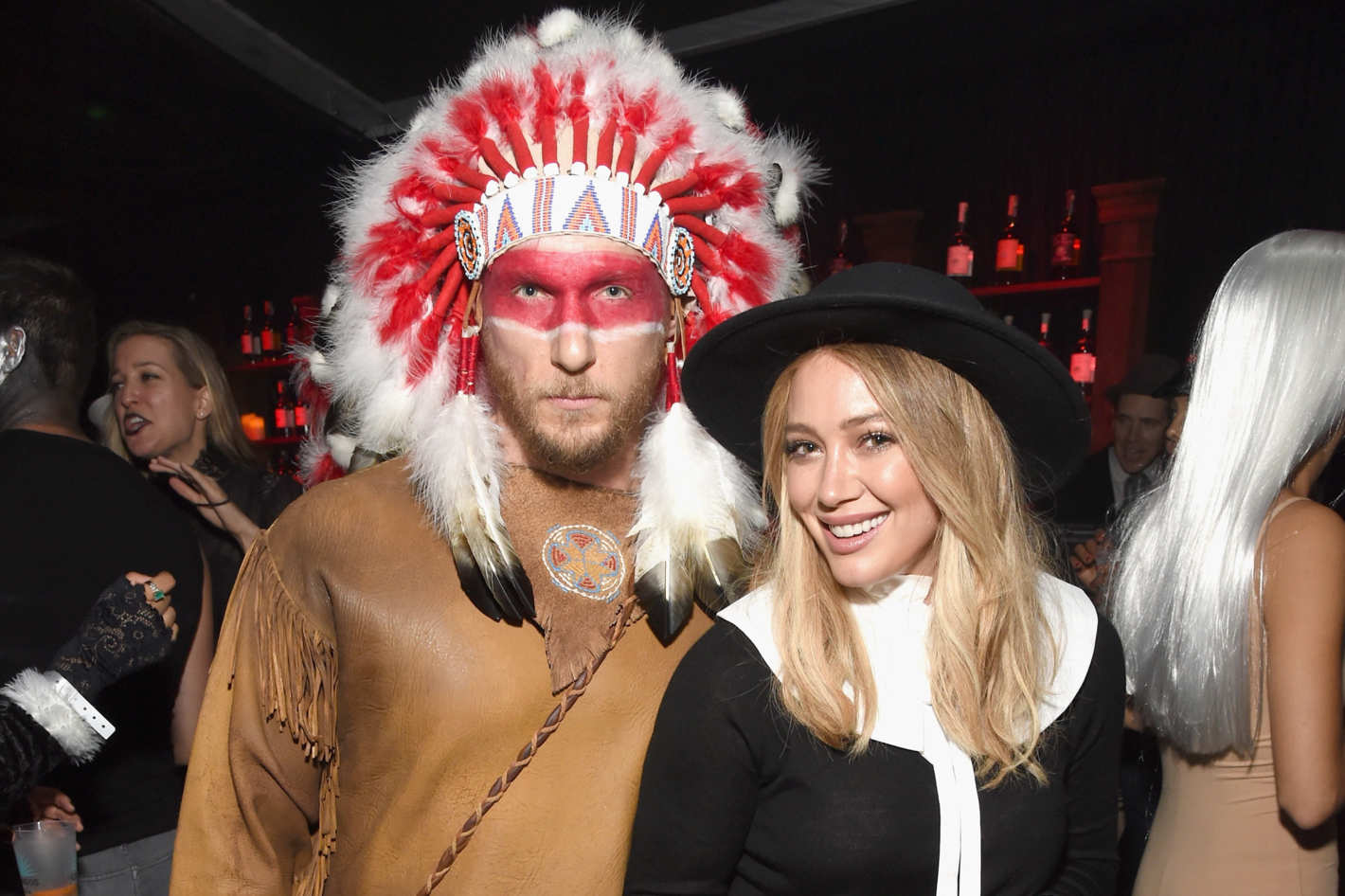 A few days ago on Halloween, Hilary Duff and her boyfriend, Jason Walsh went to a Halloween party dressed as a pilgrim and a Native American. While they were at the party, they posed for a picture and posted it on social media. They did not think anything of it, but when they returned from the party they saw the negative feedback on twitter. Hilary immediately issued this apology.

“I am SO so sorry to people I offended with my costume,” Duff tweeted. “It was not properly thought through and I am truly, from the bottom of my [heart] sorry.”

My wife and I were out with friends last night and we had a fascinating conversation about this topic. There were well-reasoned points on both sides. I will lay the pro and the con out here for you and let you weigh in at the end.

Pro: During the settling of America, the “white man” essentially took land that rightfully belonged to the Native Americans, fought, killed and essentially decimated an entire race of people. This is an ugly part of the American story. For the most part, Native Americans are offended when people dress up in costumes that degrade their culture. It’s not just innocent fun. It’s culturally insensitive and racist. Find a different costume.

Con: Halloween is about dressing up in costumes. It’s innocent fun. Hilary and Jason are liberal people who are educated and sensitive to the plight of Native Americans. These and other cultural costumes are for sale in most Halloween stores. Wearing them is not done to degrade the Native American culture. And, just for the record, the vast majority of Native Americans are not offended (some polls say 90%) by the name, “Washington Redskins,” so should people stop wearing this costume because a few/some/a minority of Native Americans disapprove? Do parents have to tell their 6 year-old girl that she can’t put a feather in her hair on Halloween because it might offend someone?

As always, keep it respectful. What is your opinion on this issue?