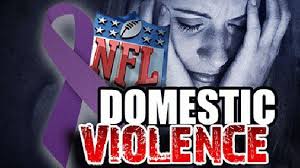 This is a quick follow up to the black eyes that the NFL has recently received after initially glossing over domestic violence issues after two of their premier players – Adrian Peterson and Ray Rice – abused members of their respective families.  I covered this story in a recent blog – https://characterandleadership.com/blog/two-prominent-nfl-cases-domesticviolence.html.

The NFL has never been on the front lines of addressing domestic violence issues… until now. Whether it was a move to save face or a sincere move to confront a serious societal issue, the result is the same.  Millions of fans who sit down to watch an NFL game, now watch a commercial filled with celebrities voicing a powerful unified message – No More Domestic Violence!

https://www.youtube.com/watch?v=j70ha1PUlqk (this is the 1 minute commercial)

I would like to applaud the NFL for taking such a bold and proactive measure to address the issue.  What do you think?