Passion Doesn’t Have an Age Limit

Passion Doesn’t Have an Age Limit 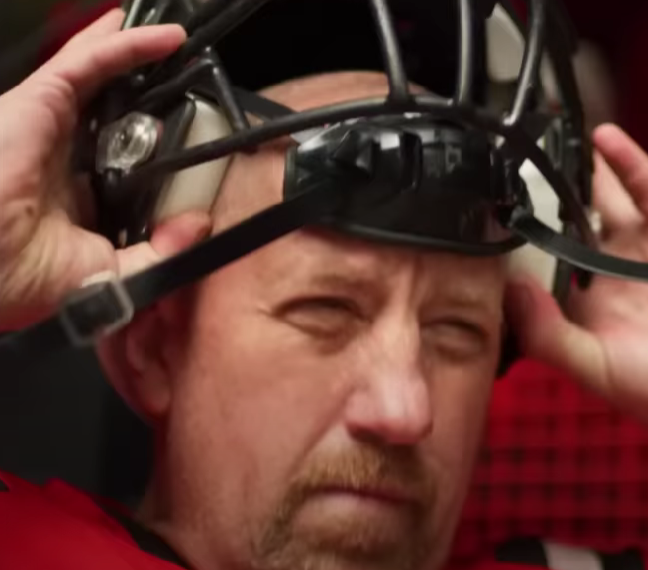 Ray Ruschel is 49 years old. He is an Army veteran and he currently serves in the Army National Guard. He works 8-12 hour shifts as an industrial mechanic on the graveyard shift. He is a divorced father of two full-grown children. This would be enough to occupy the time of most humans.

However, Ray always had a dream. His whole life, he wanted to earn his college degree and play nose tackle on a college football team. So, at the age of 49, he enrolled at North Dakota College of Science and walked on to the football team.

At first, the players thought he was another coach, but he proved he was serious. Ray showed up every day, practiced hard and made a commitment to the team. Head coach Eric Issendorf said, “He kept coming back and coming back. He wouldn’t go away.” As a result, Ray made the team, becoming the oldest player in NCAA football this year. He also became an inspiration to his teammates. You see, if he could work a 12-hour shift, get 4 hours of sleep, go to class, do homework, lift weights and put forth maximum effort at practice, the 18-year-old freshmen had no excuses.

With Ray playing the role of team leader and backup nose guard, NDCS won their conference championship and qualified for the junior college playoffs.

Joe’s Perspective: So, why would anyone volunteer to put themselves through such an inhumane daily schedule? The only answer can be passion. Ray wanted this gig so badly that he was willing to sacrifice any sense or normalcy to achieve his dreams. “I want to live life,” Ray said. “If I had the chance and didn’t take it, I would regret it. I had a chance, and I’m taking it, and I’m living life to the fullest.”

If you are reading this blog post, you are undoubtedly a 13-18 year old student-athlete in high school. If you are a senior in high school, you might even be thinking that this year could be your last chance to make your dreams come true, at least in sports. However, Ray should teach you that if you have the desire, the dream and the work ethic, you can accomplish much more than you think.  High school is just the beginning.  You have a long life ahead of you. The important thing is to stay hungry and tackle life with passion each and every day.

Your Turn: What are the one or two things that inspire you to get out of bed each day and be the best version of yourself?