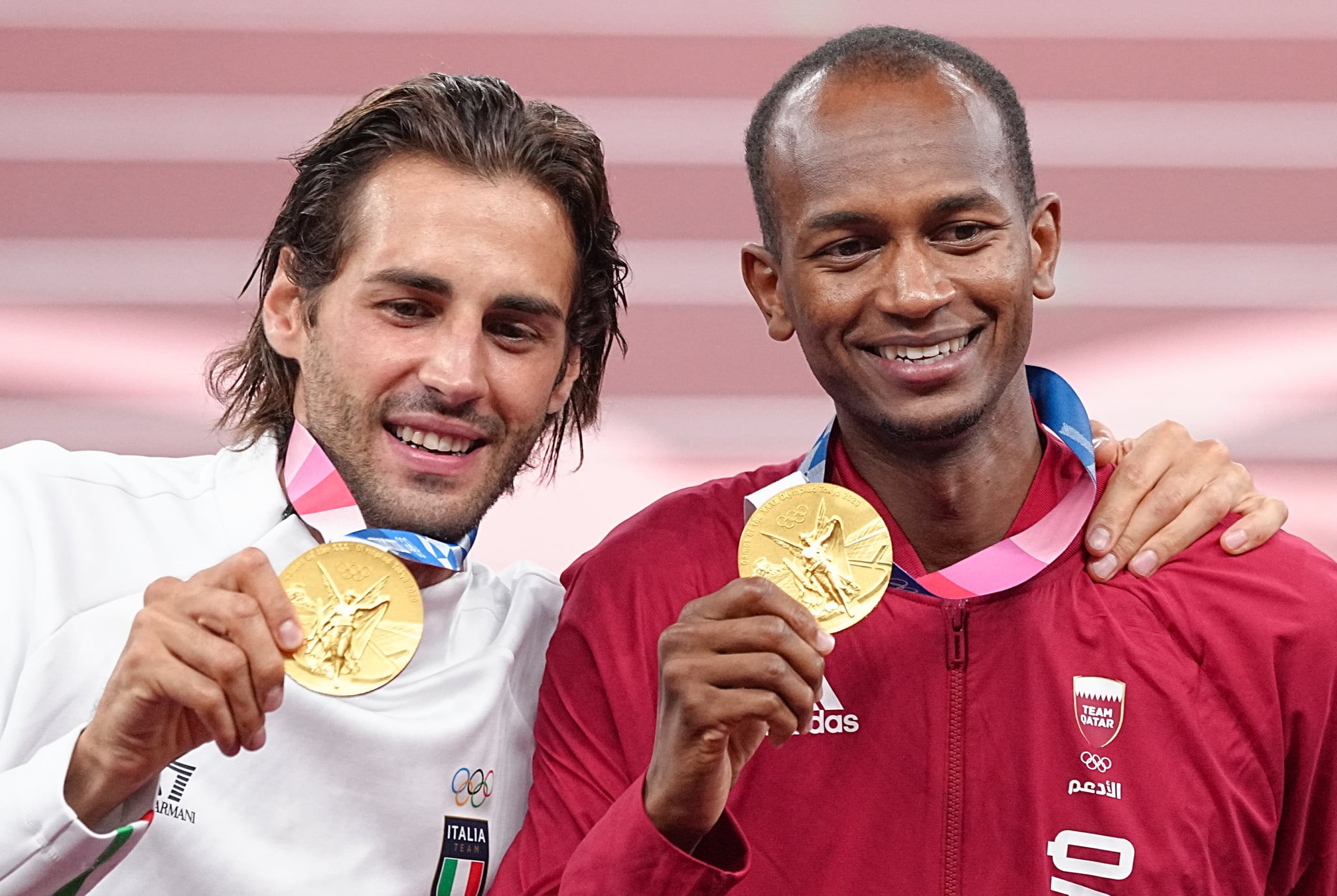 In the high jump event at the 2021 Olympics, Qatar’s Mutaz Essa Barshim and Italy’s Gianmarco Tamberi both cleared 2.37 meters but failed to reach 2.39 meters on all three tries. The official approached the athletes to discuss the jump off. At that point Barshim asked if it is possible to share gold. The referee’s response, “It is possible…” With that the two athletes looked at each other and they instantly agreed. Tamberi jumped into Barshim’s arms and both began to celebrate. It was a magical moment.

Sharing gold is very uncommon. The last time it happened was 1912 in the decathlon. It has also happened in 1908 in the pole vault event. In the winter Olympics, it recently happened when Simone Manuel and Penny Oleksiak e Manuel swam the same 52.7 seconds in women’s 100m freestyle. However, this time it was different. This time the two decided to share the gold. “Sharing with a friend is even more beautiful… It was just magical,” Tamberi said. In the same interview, Barshim called Tamberi one of his best friends. “We’re always together almost. True spirit, sportsman spirit, coming here and delivering this message.”

Joe’s Perspective: There are more important aspects than winning. Friendship is one and sportsmanship is another. These two athletes had been competing against each other since 2010. They both had endured ankle injuries that could have ended their careers. Each supported the other through these tough times. These two athletes from different countries and different cultures created an enduring friendship. They both knew what the other had gone through to get to that moment. So, when the opportunity to share gold was presented, it was a foregone conclusion. And, it will be a moment they will never forget. Likewise, we will not forget their example of sportsmanship.

Your Turn: What do you think of their decision to share the gold on the world’s biggest stage?