So What Makes Tom Brady the GOAT #Leadership

So What Makes Tom Brady the GOAT #Leadership 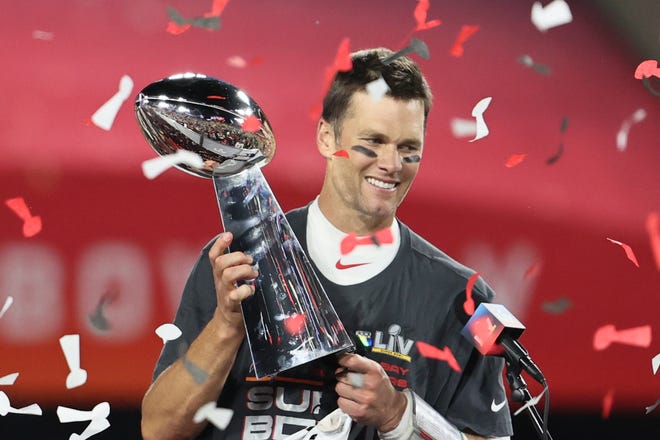 In 2020 Tom Brady was selected in the 6th round with the 199th pick by the New England Patriots. Six other quarterbacks were selected ahead of Brady in that draft. No one expected much of him, let alone to become the greatest football player to ever play the game. Why? He was and still is one of the slowest quarterbacks in the NFL. His arm strength was solid, but he has never had the strongest arm out there. However, in his first meeting with Robert Kraft, owner of the New England Patriots, Brady looked Kraft in the eyes and said, “I’m the best decision this organization has ever made.” That was an understatement. Brady brought the Patriots six Super Bowls from 2001-2019, and when the Patriots let him go, Brady added a 7th this year with the Tampa Bay Buccaneers.

So, what has made Brady the greatest football player of all time?

Drive, Work Ethic & Focus: Brady has had an insatiable drive to become the best and to prove himself. This drive has created a work ethic second to none. He literally is the first one to practice and the last to leave. He works with new receivers during the off-season to develop timing. And, over time, Brady has stayed laser-focused. He works out on his own to continually build speed, strength and flexibility. He takes care of his body by eating healthy and getting ample sleep. He was never the party guy who drank or did drugs. In other words, for the last 20+ years, he has maintained his commitment to being the best and never let anything get in his way.

Competitive Spirit & Intelligence: Brady has that same quality that Michael Jordan had. He can’t stand to lose. When people slight him (like when he was drafted in the 6th round or when the Patriots didn’t resign him), he takes it personally. Brady does everything to prove them wrong. His has an insatiable desire to win the next play, the next game and the next championship. Brady is also intelligent. He can out-think the opponent to find the winning solution. And when you combine this competitive spirit with his intelligence, you get results.

Leadership & Culture: Let’s just look at this year with the Buccaneers. The year before Brady arrived (2019-2020), they had a losing record. They had talent, but they had a losing culture. When Brady arrived, he brought leadership and a winning mentality. He taught them how to win – how to work, how to act after a loss and a win and how to believe in each other. When they lost two straight halfway thru the season, it was Tom who kept the faith. He gave pep talks to the team publicly and he privately sat down with individual players. As underdogs in the Super Bowl, Brady sent individual daily text messages to everyone on the team, telling them that they were going to win. Before the game, he gave a pre-game talk about legacy. Guys on the team said his leadership made all the difference, and they went out there and dominated 31-9.

At the age of 43, Brady won his 7th Super Bowl and his 5th Super Bowl MVP Award. While age will eventually catch up with him, I wouldn’t bet against the GOAT next year.

Your Turn: What can you learn from Tom Brady that you can implement into your athletic career?