The Importance of a Dad

The Importance of a Dad 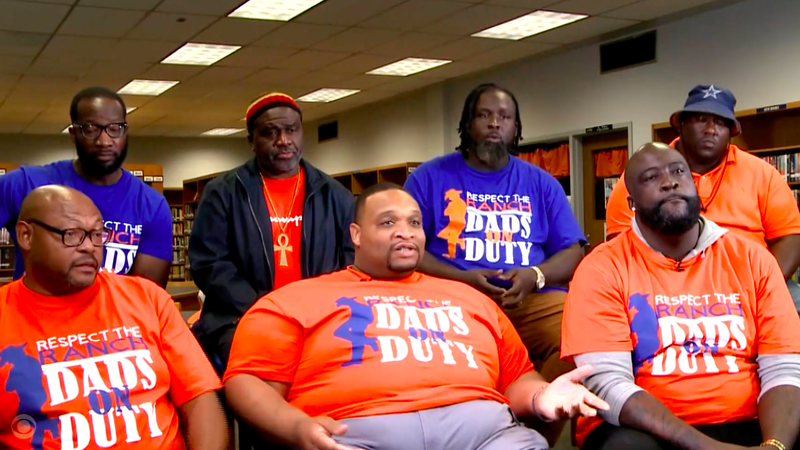 Fight after fight was breaking out at Southwood High School in Shreveport, Louisiana. There were numerous arrests. The school seemed out of control, even hopeless. It’s just the way it is. Then, some dads from the school decided to do something about it. They started a group called, “Dads on Duty.” They received permission from the principal to just hang out at the school. There are about 40 of them. They greet the kids each morning, they encourage kids to get to class, they laugh and they joke. Turns out there hasn’t been another fight since the dads arrived on the scene.

Some of the responses from the students were, “I immediately felt a form of safety, ” “People stopped fighting,”  “The School has been happy, you can feel it,” So, why is it working? One student responded, “You ever heard of a look?” When they asked the Dads why it is working, one said, “Not every one has a father figure in their life, so just to be here makes a big difference.”

Joe’s Perspective: Some 20 years ago, I was the associate director of the North Carolina Fatherhood Initiative. I learned how important dads are. The statistics for children who grew up without a dad are alarming. It remains one of the strongest correlations with dropping out of school, getting arrested and ending up in prison. This is true for girls and boys. Turns out a good father can motivate kids to stay out of trouble and do the right thing. It doesn’t mean that moms aren’t doing a good job. It just means that dads provide something important to the parenting equation. We need to understand this phenomenon.

So, when I see this story, it just make sense. Let me explain why I believe this approach is working. I happen to know a thing of two about psychology, as I have a doctorate in this stuff. #1) dogs, monkeys, lions and many other pack animals can get unruly if there is not an alpha in the group. Once the alpha establishes rules and order, the younger trouble makers simmer down. We don’t like to think of humans in this way, but in the end, we are just another species of animal. So, the young trouble makers at the school understand there is a more dominant presence on the premises. This is why “the look” is effective. #2) humans, by nature, are rebellious. However, these dads are not wearing uniforms or carrying guns. They are not mandating a major crack down. These dads carry coffee and tell disarming jokes. So, there is very little to rebel against. If the school brought in more security guards, the result might have been more fights. #3) these dads are doing this for the right reason. It’s not for a paycheck or for fame. They are doing it out of love. And when you do something for the right reasons, it permeates thru the culture.

Your Turn: Why do you think the dads are having a positive impact on the school?