What Should A Coach Do About This? #Sportsmanship

What Should A Coach Do About This? #Sportsmanship 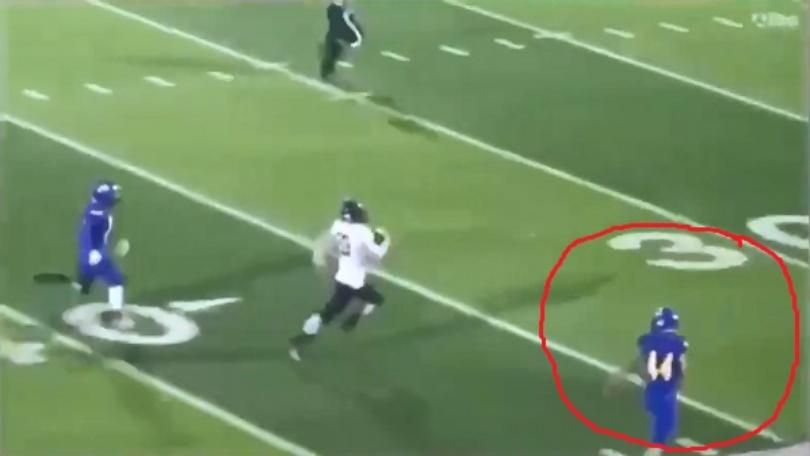 In late October of 2018, Zimmerman High School was beating St. Cloud Cathedral by 26 points. Late in the 4th quarter, Zimmerman running back got loose on a long touchdown run. Watching from the sidelines was Brad Reuter, senior captain for St. Cloud Cathedral. Having seen enough, he let his emotions get the best of him. He sprinted down the sidelines and entered the field of play, tackling the Zimmerman running back before he could score a touchdown.

What the Referee Did: The referee has complete discretion in this scenario. In this case, the referee decided that the running back would have scored, so they awarded Zimmerman the touchdown. No mention was made about a penalty for Brad Reuter illegally running onto the field of play.

What the Player Did: The next day Brad Reuter took to Twitter to apologize: “I’d like to formally apologize to everyone involved for my actions last night. That decision was the result of not thinking and was based and was based purely on passion, emotion, and frustration. I respect and love the game of football and I’m sorry I broke the integrity of the game. I have no good reason for what I did. I do accept what I did and the punishment that will come with it.”

What Should The Coach Do?: So, this takes us to the big question. If you were the coach, what punishments, if any, would you provide your player? Does it matter why he did it? Does it matter the context of the game or the season? You tell me. What would you have done?