Why Do Meteorologists Over-Hype The Weather?

Why Do Meteorologists Over-Hype The Weather? 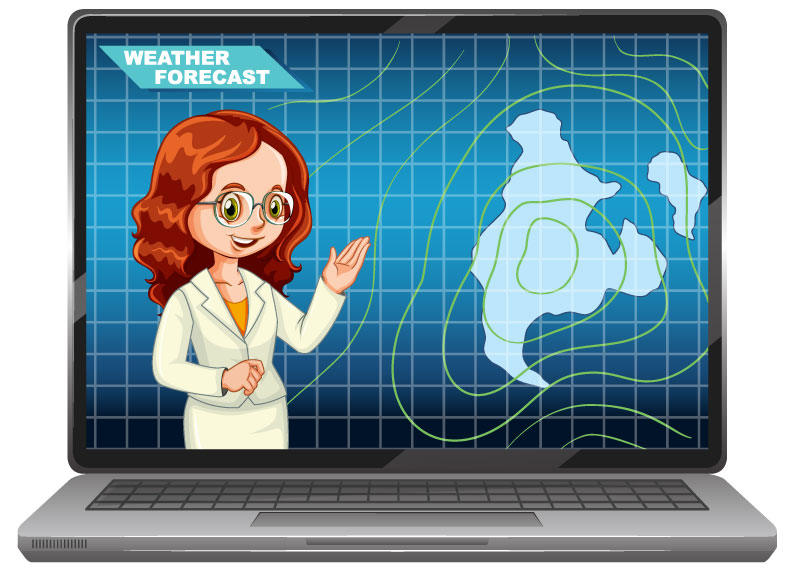 I grew up in Michigan where snow storms and blizzards came with the territory. The meteorologist would take the last 3 minutes of the local news to give his/her best guess about the impending weather. Adults would watch and go about their business. Children would turn on the radio each morning to pray that their school would be canceled so they could all go outside and have some real fun in the snow.  Those were some of my best memories growing up.

In the year 2000, my wife and I moved to North Carolina, and our running joke was the absolute fear that the meteorologists would put in people if the slightest hint of snow was forecasted. Weather wasn’t just reserved for meteorologists – it was the lead story. Apparently people needed to be reminded to stock up on food and water… grown adults needed constant reminders about how to drive in the snow… how to dress for the cold. Schools would be cancelled the night before a storm based on the possibility of snow. Newscasters practically begged people to stay off the roads and to watch out for the ever-present and dangerous “black ice.”  We just couldn’t understand what the big deal was about. It’s snow – slow down, pump your breaks and don’t use your cruise control.  Besides, if you wait 24 hours, it will surely melt.

I understood that most Carolinans only saw snow once or twice a year. The city/state did not have the equipment to deal with snow and people were not all that used to driving in the snow.  I get it.  I make fun of it, but I get it.

http://www.youtube.com/watch?v=Yt_IP93B2QE (this is a good example)

In 2006 we moved back to Michigan. Ahh, the normalcy of weekly snow storms. Except…it felt like the meteorologists and newscasters had taken bad acting classes from their friends in the south. A snow storm was no longer just a snow storm, it was an opportunity to scare the crap out of people. The lessons on driving, hypothermia, layering, emergency kits and pet care became the norm. They interviewed police and got the latest from government workers. The meteorologists began taking 5 minutes to tease you about the forecast and another 8 minutes to deliver the forecast. They have Super-Doppler’s and other make-believe gadgets to make worse predictions than the next channel.

http://www.youtube.com/watch?v=ktSMZVrrVd4 (I think all meteorologists sound like this now)

Author’s Perspective: Yes, I am having fun with this. Still, I must ask the question, why do local stations feel the need to hype a storm that produces 5 inches of snow for 5 days? Do local stations see snow fall as a way to get ratings? Does the local news feel the public is so dumb or incapable of taking care of themselves that they feel this need to re-educate the public every time the snow falls? As a society, did we collectively lose our common sense? Do we all need to be taken care of? Isn’t this the role of moms and dads to give these speeches and deliver these life-lessons?

To me it all seems ridiculous. I don’t need meteorologists to editorialize and over-hype. Just tell me what the weather was today and give me your best guess about the next 24-48 hours. I will then do my part – use good-judgment and common sense about the realities of the weather.

Your Turn:
1) I understand that most of you are young, but do you understand what I am talking about? Adults, can you see this difference in the forecast? Am I over-reacting?
2) If you agree that there is a change in the way that the weather is delivered, why do you think it has changed? Do we, as a society, need to be taken care of us like this?