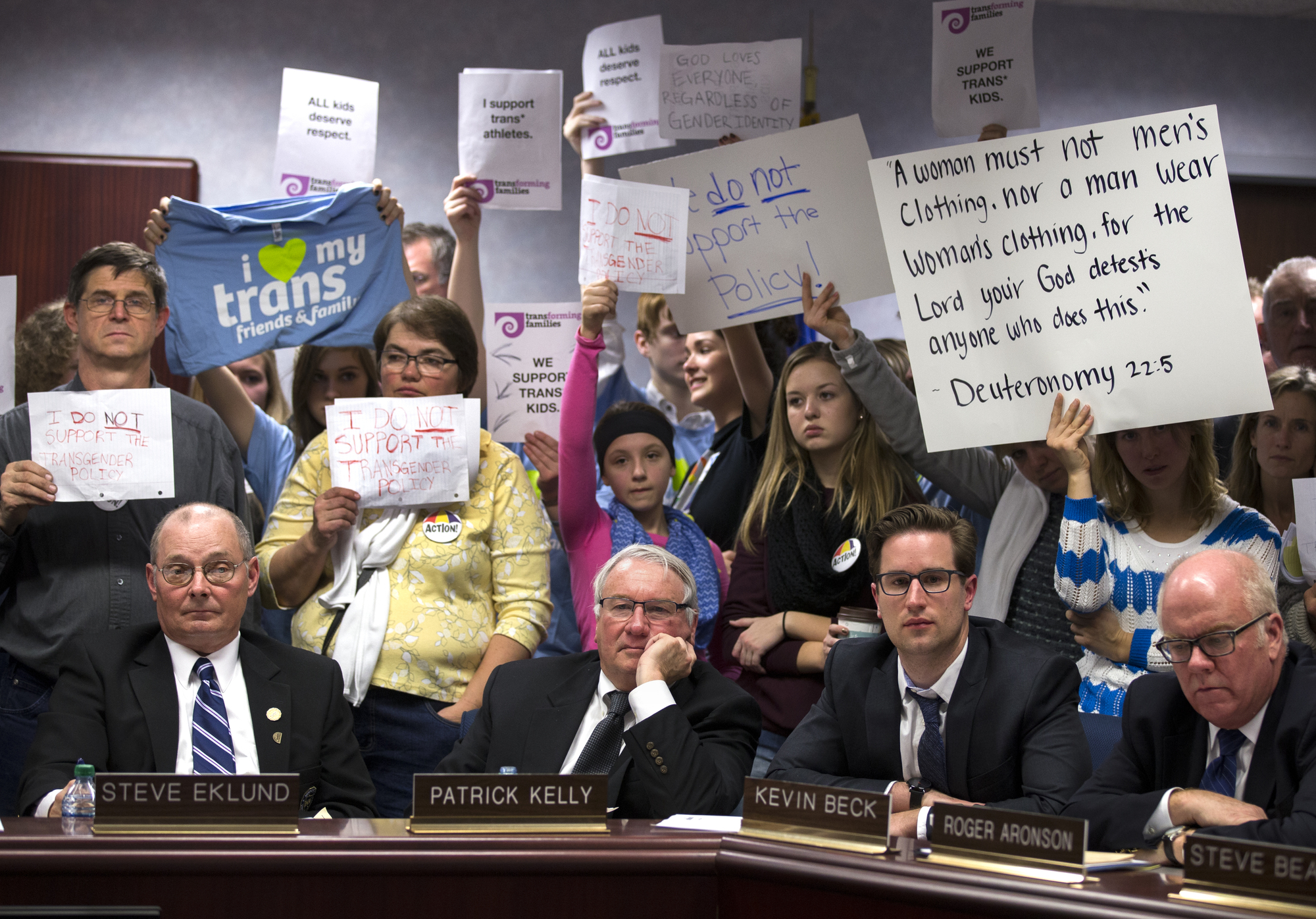 As many of you know, we are partnering with LaDainian Tomlinson to teach character and leadership in an athletic environment. One of the tenets of the program will be ethical dilemmas related to sports. So, I went to an athletic director’s conference in Michigan to learn about the ethical dilemmas they are confronting in sports. The first, last and only dilemma we discussed was the issue of questioning or transgender athletes.

What was fascinating to me was that 4 of the 5 athletic directors from small town Michigan were dealing with transgender athletes at their school. Wow! I thought this was a fringe issue that would surface once in a great while. Turns out that after Bruce Jennner’s announcement in 2015 that he was identifying as a female and changing his name to Caitlin has had a significant impact on the landscape of America and on high school sports.

In response to these issues at the local level, individual states are creating public policy on this issue. Needless to say, this is a complicated issue. We have a lot to learn and we have many issues to consider.

After speaking with these athletic directors and researching this issue, here are some of the complications that need to be solved.

The Essential Question: Should individuals who are questioning their gender be allowed to play on a sports team that they self-identify with or should they play on a team that is corresponding to their anatomical parts?

Equal Opportunity: While playing high school sports is a privilege and not a right, everyone should be granted the same opportunity to play high school sports. I don’t feel our society should be able to discriminate against someone who is “questioning” his/her gender.  Whatever the outcome, we need to be fair to all involved. We need to make the best accommodations possible, considering all of the options.

Locker Rooms: One of the main challenges is the locker room. Let’s say that a person who is anatomically a boy begins to self-identify as a girl. Now, she wants to run track and join the girls team. The policy in Michigan says that students should be able to change in the locker room that they most comfortably identify with on that given day. That means that the self-identified girl who has male parts will be allowed to change in the girl’s locker room.

So, what do we do when girls in the girl’s locker room feels uncomfortable undressing in front of someone with a penis? As a parent of four girls, I would struggle with this scenario. The athletic director I spoke with said he tried to solve this very issue by providing a separate dressing room to change in, but his district was sued because the parents of the transgender child felt that was discriminatory and made their child feel ostracized.

Fairness: When a girl switches genders and wants to compete as a girl, there is no competitive advantage gained. However, when a boy self-identifies as a girl and joins the girls swim/track/basketball/tennis team, that child has a competitive advantage. Anyone who doesn’t believe me just needs to watch the Olympics. Heck, go to any local school on a Friday night in February and watch the women’s varsity basketball game and then the men’s varsity basketball game. There really is no debate here. A boy who was born as a boy, but self-identifies as a girl has an advantage to girls who were born as girls. Currently 37 states allow self-identified girls to play on girl’s teams. We will someday see a state champion in the girls 100 meter dash who runs with a penis. Yes, we are accommodating the transgender child, but what about the girl who finishes second? Is it fair for girls to compete against boys who self-identify as girls? No sure.

Is This a Phase: Some will think I am insensitive for bringing this up, but it is worth discussing. Bruce, now Caitlin Jenner was a huge story in 2015.  The term transgender has been around for decades. It became a part of the Lesbian, Gay, Bisexual Alliance on college campuses in the early 1990’s. This year, the term Questioning is being added to this alliance, giving voice to those individuals who are questioning their gender.  This is good. I know there are people who struggle with this issue. I wonder if we follow these teenagers for 5, 10 and 50 years, how many will still be questioning their gender as a grown up. How many will have had a sex change, how many will still self-identify as a different gender and how many will look back at this as a teenage phase. 30 years ago, I knew all kinds of high school students who felt out of place, depressed, confused… and expressed their individuality in a variety of ways. I wonder if this is a new way for these students to express themselves in their teenage years.